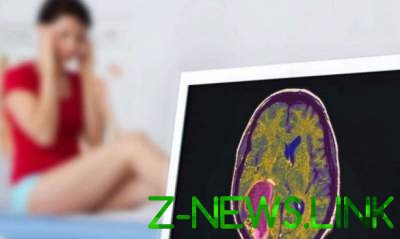 Therapy using electric fields proved to be promising in the treatment of patients with brain cancer. To such conclusion the American scientists.

Designed for home use special electric field acting on tumors, giving hope to patients with glioblastomas. This is one of the most common types of brain tumors, which caused the death of many famous people, including Mikhail Zadornov and Dmitri Hvorostovsky. Glioblastoma very difficult to treat and often patients awaiting triple therapy, which includes surgical removal of the tumor, brain irradiation and chemotherapy using the drug temozolomide, which allows to increase life expectancy.

On average, using this therapy after diagnosis, the patient may live 12-18 months. Only 5% of patients with glioblastomas remain alive after 5 years.

In the new study of about 700 patients who have already received standard combination therapy have used an electric field to influence the tumor. On average, their life expectancy then increased by 4-5 months. In addition, the increased number of patients for whom this therapy helped to stay alive two, three and four years after diagnosis. They noted fewer problems with cognitive functions, they are better able to cope with everyday tasks, compared to patients confined to chemotherapy alone.

Previous studies have shown that higher dosages of temozolomide and the use of drugs based on antibodies that affect blood flow and growth of brain tumors, do not give significant advantages in terms of increased life expectancy. The electric field look like in this respect much more promising. Doctors placed 4 electrodes on the shaved scalp, and subsequently patients are using them at home most of the day. The electrodes create a low-intensity electric field inside the brain which kill dividing cells.