Scientists made an unexpected discovery about the End of the world 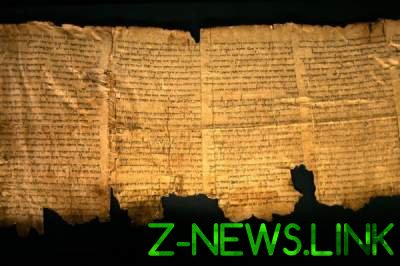 Found unexpected revelations of Jesus about the end of the world

Researchers from the University of Texas at Austin found the writing, which is the passage from the “First Apocalypse of James”. In this text Jesus makes unexpected statements about the end of the world.

The manuscript was found in the archives of the society for the study of Egypt, Oxford University. These files are part of the library of Nag Hammadi. Fund book collection includes ancient manuscripts, found near the same Egyptian settlement. We are talking about the early Christian texts, Gnostic character. Among the manuscripts was found the manuscript of a mythological subject, and even philosophical texts. Christians with radical views were perceived as heretical.

This manuscript came to the researchers in the Greek translation, which is rare, because most of the manuscripts translated into the language of the Copts, which was popular in Egypt during the reign of the Greeks. The text describes the secret of the revelation of Christ, which he shared with the Apostle James. In some versions Jacob was also brother of the Savior. He told his follower not only about the Kingdom of heaven, but also about how the rest of the life of the Apostle himself, as well as the sort of death he would die. The text also contains a narrative of the life and Ministry of Christ himself and his opinion by the end of the world.

Experts suggest that the manuscript could be used as teaching AIDS for reading and writing. At this point researchers gave legible and neat writing, and also division of words into syllables. In addition, the text was present punctuation in the ancient manuscripts are extremely rare.