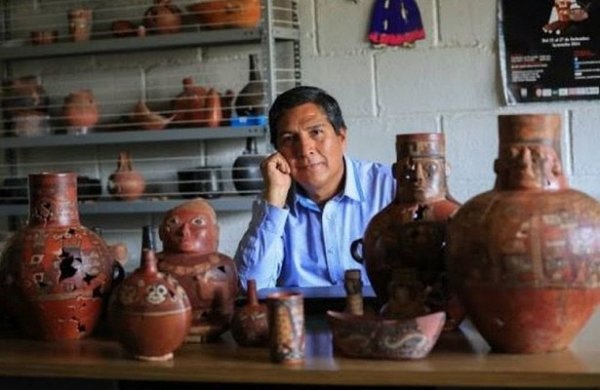 The last lived on a plateau, famous for its geoglyphs.

In Peru, archaeologists have studied the ancient pottery found during the excavations in the archaeological complex of Wari in Ayacucho, and found that the first on the territory of that state, the Empire arose through the influence of the civilization of Nazca.

As reported by Andina news Agency, the scientists were able to solve the mystery of the origin of Andean civilization, which created the first in Peru the Empire. We are talking about the Wari civilization.

Scientists from the National University of San Cristobal de Huamanga helped the analysis of the drawings 45 pottery found during excavations near the city of Ayacucho.

He showed that the origin of the Vari is closely related to the Nasca and Warp.

The researchers determined that the first capital of the Peruvian Empire, which occurred between 600 and 1200 ad, was on the site of modern archaeological complex of Wari. It was probably a large city with temples, palaces, residential complexes and workshops.

On ceramics of this civilization depicts animals, algae, fish and octopus — all of them similar to those found from the Nazca culture. Previously it was thought that Varya was mainly affected by the culture of Tiwanaku.

“Our research has shown that this is not so, says lead author Jose Okatoma Paravicino. — Originally a huge impact on Vari provided the Nazca culture. The influence of the Tiahuanaco culture can be traced to the period when the Boil has reached its peak. This, for example, shows the image of the God holding a staff with a knob in the shape of the Condor. Such a God is found in the city of the Sun Tiwanaku”.