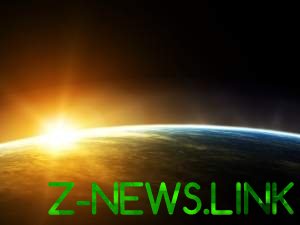 Enough Sun to go out for a day and…

To conduct their study, the researchers decided to use computer simulation.

The researchers found out which living organisms can easily withstand such a test, not feeling much of a difference, and who’s going to be tough.

American scientists have conducted an unusual study in which tried to find out what will happen to our planet if the Sun goes out at least 24 hours.

To conduct their study, the researchers decided to use computer simulation.

The results were not too optimistic: after 8-9 minutes after the disappearance of life-giving light on the Earth drastically there will come darkness, and in such conditions plants can’t produce oxygen necessary for life of humans and animals.

In addition, it is noted that during the day the temperature of the planet drops to +5…7 degrees Celsius, it will cause interruptions in the supply of electricity and water.

Changes of this kind carry a deadly threat to entire species of plants and other living organisms. But the inhabitants of the sea almost will not feel any consequences of the disappearance of sunlight and are the best to deal with this challenge.

If sunlight will not appear for a week, then the global temperature will drop to -17 degrees Celsius.