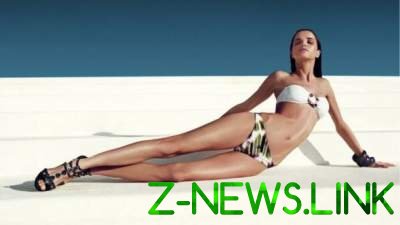 What is the threat to women is too low weight

Scientists have conducted a new study where it was proven that the lack of body weight in adolescence and 35 in women may increase the risk of early menopause – in women, the cessation of the ability to have children.

The study involved 78 759 women, where they found such an incredible threat. In addition, the cessation of menstruation up to 45 years is associated with increased likelihood of developing cardiovascular disease and osteoporosis.

For proof of his important hypothesis, the scientists used data from the study, which began in 1989. Even then the experts tried to identify long-term side effects of contraceptives.

In the beginning of the study to selected participants was from 25 to 42 years of age, none of them at that time still faced with symptoms of menopause. Women regularly held surveys about their health status until 2011, indicating your height and weight, not only in the time of the study, but also in adolescence.

Also, as it turned out, menopause was present in 2804 of the respondents, which was up to 45 years. The researchers immediately calculated that in women with a body mass index to 18.5 kg/m2 the risk of early menopause was higher on average by 30%. 50% probability was increased in those whose BMI at age 18 was below 17.5 kg/m2. And following a risky period was the age of 35 years – BMI below normal increases the risk by 59%.

Less frequent early menopause was observed in women who are overweight, with body mass index of 25 to 29.9 kg/m2. Especially dangerous was the “swings” of the weight, when for a short time a woman loses or gains more than 10 kilos. So those women and girls who have experienced changes in weight more than three times the ages of 18 to 30 years, the risk was increased 2.4 times.