“Space war” found a way to prevent the Apocalypse on Earth 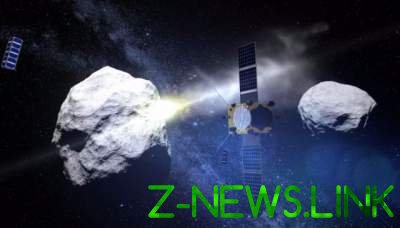 Scientists intend to shoot down a giant asteroid that could fall on the planet in 2024.

The collision of our planet in 2024 with an asteroid larger than three kilometers can lead to the complete destruction of human civilization. That is why the American Agency NASA joined forces with the European space Agency (ESA) project, whose goal is a collision of specially built spacecraft to the asteroid in an attempt to change its speed and trajectory, reports the Chronicle. info with reference to Healthystyle.

“This is a very important step for humanity, demonstrating that we can protect our planet from future collisions with asteroids,” said Andy Cheng, one of the leaders of the NASA project.

The project called AIDA (Asteroid Impact and Deflection Assessment) officially moved from the conceptual sketches to the implementation phase. It consists of two separate components. The first is the ESA mission called the Asteroid Impact Mission (AIM). The second mission of NASA, called the Double Asteroid Redirection Test (DART).

The essence of AIDA is to send the spacecraft straight into a small near-earth asteroid Didim with a diameter of about 800 meters and to analyze the results of their collision. Scientists want to find out, whether really by using such a simple technology to deflect the asteroid from its original path and in the end to protect our planet from collisions with larger celestial bodies in the future.

ESA almost refused to Finance the project AIM in the past year in favor of the implementation of its next Mars mission. Back to the original plans helped us colleagues from NASA, who decided to continue working on a similar project DART.

Asteroids constantly collide with our planet, but among them only very seldom are large enough to cause Earth some serious damage. Clash of the spacecraft and asteroid Didim is tentatively planned for 2024, when the asteroid will fly near our planet.