Scientists have invented the first vaccine against dental caries 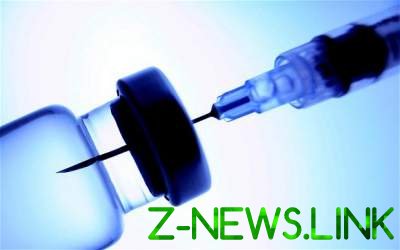 Researchers at the Institute for Virology in Wuhan are working on a vaccine that will help protect the teeth from decay. Thanks to her, people from disadvantaged countries who never once in life been to the dentist can keep your teeth healthy.

Regular visits to the dentist — a necessary condition for maintaining dental health. But what if to add to standard procedures of oral hygiene vaccine against tooth decay? Scientists from the Institute of Virology in Wuhan (China) just trying to create vaccine, and has published the first results of their research in the journal Scientific Reports.

The team under the leadership of Jan Huimin investigated how fusion proteins can prevent the development of dental caries caused by the bacteria Streptococcus mutans (S. mutans). They have previously attempted to combine the recombinant PAc protein (rPAc) contained in S. mutans, with C-end recombinant flagellin derived from proteins of E. coli. This fusion protein is very efficiently protected the teeth from caries, however, cause undesirable side effects, including risk of inflammation of the oral cavity.

To minimize the side effects, scientists have created a second generation drug. It was tested in the laboratory on mice and rats. For mice with healthy teeth preventive effect amounted to 64.2%, and in mice that suffered from caries vaccine showed 53.9 per cent of the therapeutic effect. In addition, side effects have been significantly reduced.

According to the who, dental caries is a big problem for all developed countries, despite the highest level of dentistry. From 60 to 90% of children and adults suffer from tooth decay, so this vaccine will benefit a huge number of people all over the world. However, the drug still has a lot of checks before scientists will be able to proceed with its clinical trials.

Researchers from Dental tufts University in Boston have created a new biomaterial based on collagen content of stem cells, which restores damaged tooth tissue with a variety of infections, the solution to which currently applies only to the removal of the nerve or of the tooth itself. In laboratory experiments that scientists conducted on mice, the material showed high efficiency in the regeneration of the tooth pulp.