Scientists have explained why the flu die in the winter 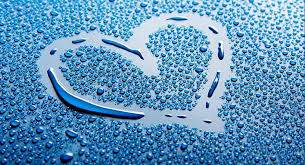 High humidity would be devastating for us.

Scientists at Yale University in the US identified the reason why people often become infected and die from the flu in the winter months. According to experts, this contributes to the low humidity.

The researchers conducted experiments involving genetically modified mice, which are an animal model of human immunity. All animals were kept in chambers with the same temperature, but with a normal or low humidity, after which they were infected with influenza A.

It turned out that low humidity reduces the efficiency with which the cilia on the surface of cells of the respiratory tract and remove viral particles and mucus. Also decreased the ability of cells in the lungs to repair the damage caused by infectious agents. Finally, the observed failures in the innate immunity characterized by the production of interferons and other signaling compounds that warn neighboring cells about viruses.

According to scientists, the increase of water vapor content in the air in the room by using humidifiers is a potential strategy to relieve the symptoms of influenza and speed recovery.