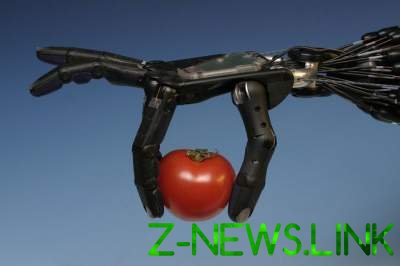 The developers of technological universities of Massachusetts and Harvard have created an innovative composition of artificial muscles that can lift huge weights, relative to their own mass.

The developers made it so that the mechanism of artificial muscles folds the invention, it becomes like paper origami. However, despite the apparent ease of construction, it is made of plastic which is shell.

Materials of high strength, and between the shell and the design can be used liquid or air. By varying the pressure in the space of the shell, the contraction of the muscle that allows you to raise a disproportionate weight. For example, as a test sample was tested by artificial muscle, which weighs 2.6 grams, however, she was able to keep the item, which weighs about 3 pounds.

Scientists-the developers of this project went further and invented a muscle that can be folded in parts or twist, and then untwist and lift a lot of weight. Interestingly, they used a special chemical element, which is water soluble, making it safe from the point of view of ecology. In the case of transfer of the development to the production scale, this could be a breakthrough in the construction or design from microscopic elements to large objects.

Also an interesting fact that the manufacture of this invention are very cheap – the cost of tested samples was less than one dollar.