Home / Medicine / Doctors told someone to eat a mushroom

Doctors told someone to eat a mushroom 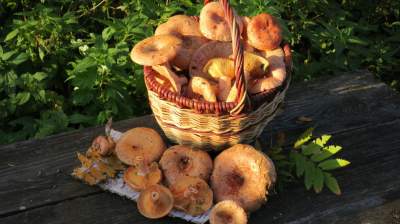 Regular consumption of mushrooms has a positive effect on brain function of older people.

According to the research of experts from the National University of Singapore, mushrooms reduce the risk of developing mild cognitive impairment.

In the framework of the six-year study, researchers analyzed data from about 600 persons over 60 years residing in Singapore. Subjects were included in the diet of mushrooms in different batches, which helped scientists figure out the use of what number of fungi can affect cognitive function. One serving was equal to 150 grams of boiled mushrooms.

See also:  Experts told how to treat a cough without medicine

The researchers took into account height, weight, blood pressure, health history of the subjects, and to evaluate cognitive abilities used the Wechsler test. In addition, individual tests were evaluated mental health and depression.

As it turned out, those who consumed more than two servings of mushrooms per week, the risk of developing mild cognitive impairment was lower by more than 50% compared to those who did not include this product in your diet. While scientists are confident that positively affects the brain of older even one serving of mushrooms once a week.

See also:  This product doctors are advised to eat each day

Despite the fact that most of the volunteers had used oyster mushrooms and shiitake mushrooms, scientists agree that other species of mushrooms will also be good for health. The fact that mushrooms contain antioxidant rich in ergothioneine (ergothioneine) having anti-inflammatory properties, as well as aminazine, crabronini and dictyopterini.