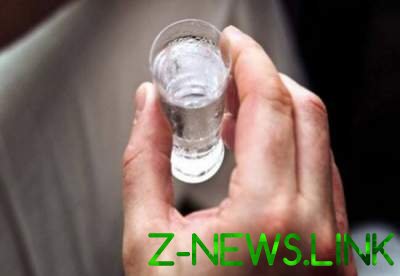 Researchers from Cambridge University published in the scientific medical journal “Lancet” a study on the impact of alcohol on the human life span.

They identified the “alcohol limit”, above which threatens to reduce living on the light.

A team of researchers analyzed the health status and level of alcohol consumption in more than 600,000 people from 19 countries. According to their calculations, the maximum allowable amount of alcohol per week is 14 “drinks” per week for women and for men. 14 “drink” is 14 shots of vodka 25 ml, 6 cups, beer 560 ml, 6 glasses of wine for 175 ml.

See also:  The doctors tell you what to do for food poisoning

At the same time, the study showed that the lifetime begins to decrease, if the person regularly uses not 14, as stated above, a 15 “drinks” a week. And the higher the amount of alcohol consumed over this threshold, the more the period for which shortens life. So, those who regularly drink 15 “drinks” a week in the life is shortened by 1-2 years, those who drank 18 – already for 5 years.

Scientists have made a reservation. According to them, you can not drink alcohol on a daily basis, between episodes libations should take place 1-2 days. In addition, they strongly do not recommend to drink the entire dose of alcohol immediately, it should be done in small portions (for example, during the evening).

See also:  What is really dangerous night raids on the fridge

Commenting on the findings of British researchers, neuroscientist Raul Gainetdinov noted that the studies demonstrated the ability of alcohol in small doses stimulate the transmission of impulses between nerve cells in the brain, thus boosting cognitive ability. But this effect was only given to the use of strictly light doses – any excess immediately stopped positive effect of alcohol.