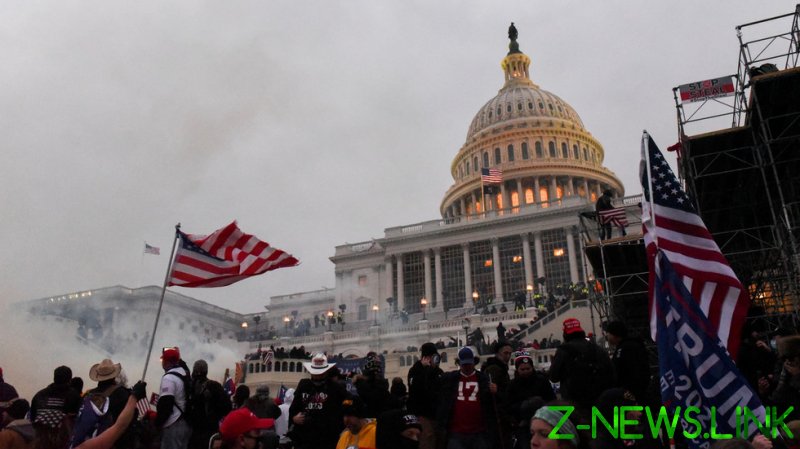 Homeland Security Committee chair Bennie Thompson (D-Mississippi) and ranking member John Katko (R-New York) seem to have agreed on a proposed format and scope of the commission, made up of five Democrats and five Republicans appointed by their party leadership. The commission will only be able to issue subpoenas with a majority vote or agreement between the chair – a Democrat – and the Republican vice-chair. Its report will be due by the end of the year.

Pro-Democrat commentators hailed the published details, saying that Democrats have “real control” over the direction of the investigation, which will focus on the “terror attack on US democracy.”

House Speaker Nancy Pelosi (D-California) hopes to have the commission bill up for a floor vote “as soon as next week,” she said on Friday.

“It is imperative that we seek the truth of what happened on January 6 with an independent, bipartisan 9/11-type Commission to examine and report upon the facts, causes and security relating to the terrorist mob attack,” Pelosi said at a press conference.

Democrats reportedly hope to pass both that and an emergency funding bill before Congress adjourns for Memorial Day recess at the end of May. The $1.9 billion proposal prepared by House Appropriations Democrats would foot the bill for deploying National Guard troops at the Capitol since January, give tens of millions of dollars to Capitol Police, and fund “future security needs” including retractable fencing. However, some Democrats have balked at giving so much money to police without additional oversight.

The Democrats’ rush to launch the January 6 commission comes as Republicans have begun pushing back on their narrative of the riot being an “insurrection” supposedly incited by Trump. Katko is one of the ten Republicans in the House, led by Liz Cheney (R-Wyoming), who voted to impeach Trump in January.

On Wednesday, Republicans ousted Cheney from her role as Conference chair, replacing her with New York Republican Elise Stefanik. Meanwhile, Rep. Louie Gohmert (R-Texas) challenged the Democrats’ characterization of the January 6 events, arguing there is “no evidence this was an armed insurrection” and that there have been worse things in US history – and that of the Capitol – than people “without any firearms coming into a building.”

As both chambers of Congress met on January 6 to certify the 2020 Electoral College vote – according to which Democrat Joe Biden would become president – Trump held a rally outside the White House, arguing there were irregularities that courts and state officials refused to address. Before he finished speaking, a group of demonstrators breached the fence around the Capitol, and later forced entry into the building, disrupting the session just as both chambers began considering objections by Republican lawmakers.

While media reports claimed five people were killed in the commotion, the only actual homicide was the death of Ashli Babbitt, an Air Force veteran and Trump supporter fatally shot by an unidentified security officer. Three other protesters died of unrelated medical emergencies during the riot. Capitol Police officer Brian Sicknick –  initially reported to have died of injuries inflicted by “insurrectionists” – died of a double stroke, the medical examiner admitted three months later.

Most of the 400 or so people arrested in connection with the riot have been charged with trespassing or interfering with government operations. Democrats and corporate media have continued to insist the riot was an “insurrection” directly incited by Trump, with Biden claiming in his joint address to Congress at the end of April that it was “the worst attack on our democracy since the Civil War.”