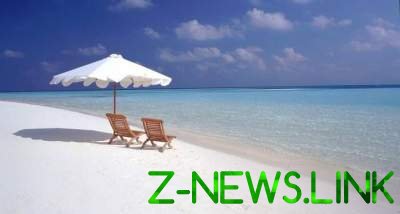 There is a correlation between the amount of annual leave and life expectancy. Leave less than four weeks increases the mortality from cardiovascular diseases.

Scientists-cardiologists from the University of Helsinki came to the conclusion that short breaks increase the risk of death from diseases of the heart and blood vessels and reduces people to their life expectancy.

“On vacation you need to spend at least four weeks a year”, – concluded the Finnish experts.

In favor of this opinion is indicated by the data obtained after 40 years of observations of 1222 men. Among the volunteers was observed Smoking, overweight, high blood pressure and cholesterol levels, triglyceride levels, glucose intolerance. Each of the subjects included thus at increased risk for cardiovascular abnormalities.

The volunteers were randomly divided into two groups. In the first helped them to adhere to a healthy lifestyle -has recommended some physical exercises, gave dietary advice, menu, periodically assess the condition and, if necessary, prescribe medication to lower high blood pressure and excess cholesterol. In the second group of people to adhere to their usual habits.

During observations it was ascertained a surprising fact. The group, which monitored compliance with a healthy lifestyle, dying most of those bad habits got rid of. Subsequently, the mortality in both groups was equal.

After analyzing the circumstances, scientists have established that life expectancy in a certain way connected with the length of the annual holiday. It turned out that even if people followed the health, but were on vacation less than three weeks a year, they died by 37 percent more often.

While it is impossible to assert that only short breaks contributes to mortality – this fact still needs to check. However, scientists note that proper rest is effective as a means of dealing with stress – a major factor in the development of diseases of the heart and blood vessels.