Astrophysicist spoke about the collision of Earth and planet-wanderer 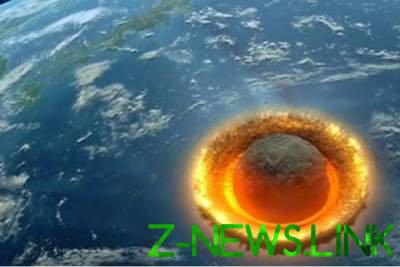 The scientist believes that disaster led to the passage of Solar system through one of the galactic arms of the milky Way.

The astrophysicist Shaolei Zhang of George Mason University (USA) admitted that the breakup of Rodinia, caused by oblique collision of the Earth and of the planet wanderer. The research is aimed for publication in the journal Earth and Planetary Science Letters and is available on the website arXiv.org.

A collision could have happened about 750 million years ago, when the breakup of Rodinia. The proposed area of impact of exoplanets with the craton (the ancient platform), according to estimates by Zhang, occurred on the Colorado plateau.

His area of 337 thousand square kilometers allowed the scientist to estimate the parameters of the planet-wanderer, which in mass and size should be comparable to Mars.

Zhang believes that disaster led to the passage of Solar system through one of the galactic arms of the milky Way. Likely that originally the planet-the wanderer appeared near one of the stars, which then exploded as a supernova.

The hypothetical supercontinent of Rodinia occurred about 1.1 billion years ago and was a single plot of land surrounded by water (ocean Miroviya).