As the principal health hazard from the means for washing dishes 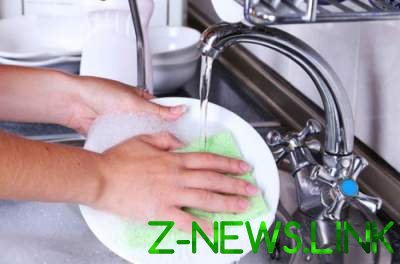 The researchers found that the use of detergents is dangerous to humans, as it increases the resistance of pathogenic bacteria. Scientists conducted a large-scale experiment on the bacteria Staphylococcus Aureus.

The results of the study showed that improper use of chemical disinfectants may enhance the resistance of bacteria to treatment. The use of disinfectants, so-called biocides at low concentrations, leads to the fact that bacteria are not only killed, but also form the resistance to antibiotics in the future.

See also:  The doctors explained why on the weekends you can't sleep "before lunch"

In experiments on bacteria Staphylococcus Aureus, the scientists found that the bacteria mutated under the influence of low concentrations of biocides used in hospitals for disinfection.

Bacteria mutate and become resistant to several antibiotics. Such bacteria cause nosocomial infection. “The mutated bacteria are a threat to patients because they may be more resistant to treatment,” said the researchers.

See also:  What can you tell us about the health of your hands

According to scientists, the constant use of disinfectants can create strains of bacteria resistant to antibacterial therapy.