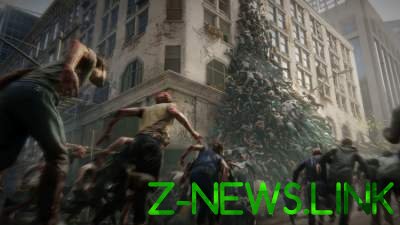 The game will add new modes, weapons, zombies, and the mission in Tokyo.

This month, the developers will give players a new mission in Tokyo and terrifying zombies that spit a deadly virus and can be resurrected if their right not to kill. In June, World War Z will appear extreme difficulty level, which will offer a unique reward bonus cosmetic items and much more about what will be known later. Finally, in July, the developers will add new weapons and weekly tests, and additional cosmetic items and other things.

In addition, the development is a major update of World War Z, which will bring into play the battle mode with waves of enemies, private lobby, the ability to change class during matches PvPvZ, as well as customize the field of view (FOV) and the level of detail on a PC.

“World War Z is an intense team shooter for four players with a third person, in which countless hordes of zombies wildly seeking to overtake the survivors. In World War Z – the heiress of the eponymous blockbuster from Paramount Pictures – you will find a SuperDynamic gameplay. Explore new storylines and get characters from all over the world, passing eventful, enthralling in its complexity and cruelty of the mission, which has been specially developed for modern computers,” reads the description.