In addition to the online mode of “4 vs 1” the game will add a full single player mode with its own history, but plot details are not disclosed.

In early September, Capcom announced a new game in the Resident Evil franchise called Project Resistance. Fresh project was a multiplayer shooter, which is ambiguously accepted by the fans. Now the creators and calm them and tell new details about the game.

The developers realize that the Resident Evil series is famous not only for its atmosphere and gameplay, but the characters and addictive plot, so do of Project Resistance purely multiplayer shooter no one’s going. In addition to the online mode of “4 vs 1” the game will add a full single player mode with its own history, but plot details are not disclosed.

We also learned that the villain Daniel will not be the only antagonist in the game. Expand the number of playable characters. There will be more four, but the exact amount is not specified.

Project Resistance will be released on PC, Xbox One and PlayStation 4, but the exact date and year of release is not yet announced. And from 4 to 7 October, the game will be the first closed beta test. 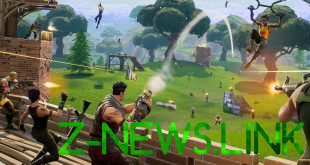