Home / WORLD / With the Taliban in control of Afghanistan, world must focus on preventing collapse of state & cross-border terrorism, Putin warns

With the Taliban in control of Afghanistan, world must focus on preventing collapse of state & cross-border terrorism, Putin warns 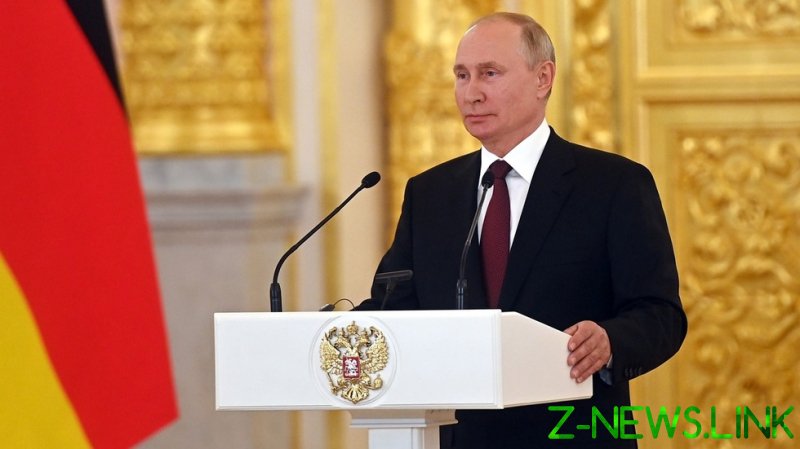 The Russian president and the German chancellor were speaking to journalists during the latter’s state visit to Moscow.

“The Taliban control virtually the entire country, including the capital,” Putin said, saying that other countries should react to the situation on the ground. “This is reality.”

He also called on the world to turn its efforts to prevent terrorists from infiltrating Afghanistan’s neighboring countries in the guise of refugees.

“We see that the Taliban have announced the end of combat operations, started restoring public order, and promised to guarantee the security of local residents and foreign diplomatic missions,” he noted. “I hope that all this will be materialized.”

The president also took aim at the West for “imposing” foreign values on the country, and for “the desire to build democracies in other countries according to someone else’s model.”

In response, Merkel told Putin that it is necessary for Russia to point out humanitarian aid issues in Afghanistan during Moscow’s talks with the Taliban.

The situation in Afghanistan has intensified in recent weeks, following the US decision to withdraw its troops from the country. On August 15, militants from the Taliban entered the Afghan capital of Kabul and declared that they had taken control of the entire nation, including all its major cities and border checkpoints.