Home / business / Where are the children of corrupt officials are billionaires ?

Where are the children of corrupt officials are billionaires ? 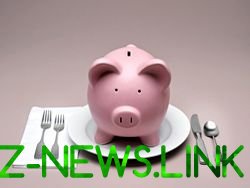 Wanting to legalize stolen Federal, municipal and departmental funds the corrupt, distant, countries do not know what would be a clever trick or a trick to figure out that they have not had complaints from the Prosecutor’s office and the investigative Committee, which they themselves rigidly in control.

But they legalized a permit for the business for children under 14 (fourteen) years. In General, their children are the most biznesmenami children in the world !..

More recently, in the country’s most successful entrepreneurs was the wife of the corrupt officials, governors, mayors and high-ranking “of nakabukas” of all kinds.

Now, when they have so much money (currency, company shares and high-yielding assets), it has become difficult to hide them from the Western anti-mafia and tax authorities, it came to their children and grandchildren.

We must remind here that corrupt officials of the country (primarily we are talking about high-ranking bureaucrats and “nakabaka”) has long gone on the power spheres of influence and raider seizure of other people’s business. Therefore, the number of the oligarchs began to decrease gradually.

But this is understandable – old billionaire does not want to be in a prison cell. So they, after their wives and children, without much publicity leave to relocate to countries with more favorable economic and political climate.

However, the “new” corrupt officials do not seek to Shine the economic Olympus. So they very carefully hide their money and assets. They usually draw business to their wives and relatives, who receive orders and contracts for hundreds of millions of dollars.

The most scandalous case can be considered a story of one mayor. Over the years, while he was “driving” the economy is a huge metropolis, the mayor’s wife became not just a successful businesswoman, but also received the status of women multimilyarder !

In the “decaying West” the mayor and his wife have been sitting in prison, and in the country they are not only free, but also continue to do business.

By the way, deputies of the mayor and many city hall bureaucrats that have long been mired in “shadow” business, enriching themselves, their wives, children and relatives. That they regularly “skid” that they regularly received “kickbacks” that their relatives regularly got heavy and “fat” contracts can be a long story…

Somehow, wives, children and relatives of the corrupt officials and bureaucrats of the country of VALIS OST always above suspicion. Any suspicion of corrupt officials was like water off a duck: “It’s not my money ! It’s my wife’s money ! “. Now they will say: “It’s my kids’ money !” or “It belongs to my grandchildren !” .

Is it a coincidence lull ? Most likely, thus the Supreme corrupt of the country looking for support among regional elites. Well, it’s to be careful they plundered the budget and municipal funds, and their theft has not caused popular uprisings and not rock the boat in which sit the main crooks and thieves.

It is noteworthy that a few years ago nobody in the country dared to call corruption a funny fact, as the creation of a large malotonazhnoy company new staff positions – Vice President of government relations his dad ! That’s a laugh !..

Now in the country of corrupt officials can legally and completely legally register of companies and firms on their children and grandchildren.

So now the children and grandchildren of corrupt officials of the country will be completely legal to obtain billions of dollars in orders from government and municipal agencies and companies with state participation.

Moreover, the children and grandchildren of corrupt officials of the country will open another loophole for legal enrichment. Now they can be legally discharged by the President or for positions of top managers of companies with fabulous salaries and exorbitant a premium.

But that’s not all. Now the corrupt officials of the country are thinking about the succession of power, and even children pick up high bureaucratic positions. If dad there is a large head, and the son the position of “select” equal weight and value. And then all companies of a particular sector of the economy will be forced to “lie down” or “bend” under the newly minted “curator”.

And the children of ordinary workmen in the far country sometimes can’t even get a job as a janitor in the housing Department, as corrupt officials prefer to provide these jobs disenfranchised and voiceless migrant workers. And his people corrupt the country is no longer needed.