What threatens the Ukrainians melting glaciers 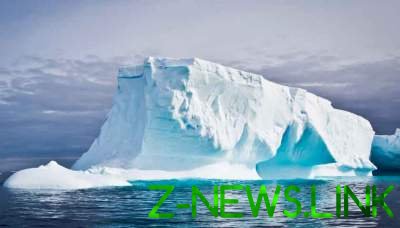 Climate scientists still have not come to a common denominator in the issue of global warming. However, the recent discovery by NASA showed that the glaciers will still melt, and sea — attack.

FACTS. NASA (United States space Agency) revealed that the area of Land Marie Byrd in West Antarctica is mantle plume – rift in the earth’s crust, which rises up the heated mantle. According to scientists, its activation leads to a rapid melting of the ice cover in this region. In October, there broke iceberg the size of cities. Experts believe that in the future the melting of glaciers Land Baird will speed up by 2-3 times.

PACE. Melting glaciers will inevitably lead to lifting of level of world ocean. According to various estimates, the end of the century the sea could rise by 0.5 to 2 metres. It can lead to the inundation of the Maldives and the state of the Tuamotus in the Pacific ocean, river valleys and port cities around the world.

In the past the sea was advancing repeatedly. Faster just after glacial periods. 10 — 8 thousand years ago the sea “eat” an average of 2 cm per year. It was enough that Britain became an island, and the North sea flooded Doggerland – the ancient plain of size two in Chernihiv region.

Recently, in 1282, the rising warm for a few centuries, the sea broke through the dunes of Texel in the Netherlands and flooded a quarter of the country. So even half a meter can make a difference. Especially for Ukraine.

LOSSES:
Areas located almost at sea level in our country is thousands of miles away. In this respect, global warming – he was still a separatist.

1 METER raise of the oceans enough to the Kinburn spit in the Kherson region became an island. In coastal cities will have to build a protective dam. In Odessa, the threat will hang over the whole area with Spit. It connects the center with the largest housing estates — the village Kotovsky. Now with a strong storm spit sometimes flooded by sea waves.

2 METERS — and Ukraine finally loses protected Plavni in the deltas of the Danube, Dniester and Dnieper. Today it is a unique nature, playing a significant role in the ecology of Eastern Europe. In addition, the “drown” the isthmus between the Black sea and Tiligul estuary, which is located in Koblevo. This will break the direct connection between Odessa and Nikolayev. Resort towns will be flooded Iron port and the Azure in the Kherson region. Most of their beaches will be deprived of Berdyansk.

Dniester estuary will be the Gulf, finally disconnecting the Odessa region into two parts. Transnistria will have access to the sea.

3 METERS or more will break the connection of Ukraine with the Crimea, which will become an island. Danube Izmail and Reni, as well as Kiev and Melitopol will turn into sea ports. Large-scale flooding of the area of the sand bar in Odessa and parts of neighborhoods in the historic center of Mykolaiv, Kherson and Mariupol to avoid will not succeed. In each of these cities will have to carry a port and to dismantle whole areas.

What are the threats for Ukraine?

The FIRST threat. The flooding of the wetlands in the deltas of Dnieper, Danube and Dniester will be a massive environmental disaster. Arrive here every year for breeding dozens of species of birds and fish. The disappearance of wetlands will reduce their population and strike at the fisheries.

The disappearance of Kinburn, the dzharylhach island and belosarayskoy spit will destroy the last protected wilderness areas in the South of Ukraine.

The threat of a SECOND. You will have to spend hundreds of millions of dollars on the mound, and then the bridges, which will be the road to the Crimea, South of Odessa region, as well as through the estuaries, which will become bays.

The threat of a THIRD. In new conditions South of Odessa will be cut off from mainland Ukraine. The connection with Romania and Moldova will be much more convenient than the “mainland” Ukraine. To avoid a surge of separatism can be, if you build a huge bridge over the Dniester Bay. And so it is an urgent measure for economic recovery and political integration of the “forgotten” region of Ukraine. The same applies to Crimea.

The threat of the FOURTH. Billions of dollars will need to the dam that separates the sea from a large city. When strong storms will be flooded whole areas. Their population will move farther from the sea.

The threat of a FIFTH. Also very costly for the dismantling of the communications and buildings before urban areas will be flooded by the sea. In particular, it will need a major reconstruction of the existing sewer branches. Otherwise, coastal cities threatened by environmental disaster.

The threat of the SIXTH. In Odessa, most of which is located on a hill 30-40 metres, rising sea would destroy the beaches, which are artificially created Bank protection structures and flood slopes. As a result, hundreds of hectares of the most prestigious areas of the city can “slide” down. Losing the port, beaches and the best areas of the city runs the risk of becoming depressed.

The threat of the SEVENTH. In itself, global warming is already cause for concern. The rector of the Odessa environmental University Sergiy Stepanenko warned that increasing temperatures will be accompanied by increased frequency and increased intensity of natural disasters. “For the South of Ukraine, the change of the circulation conditions in the atmosphere will lead to a much more arid climate”, — said the scientist.

CHANGE IS GUARANTEED. Therefore, sea not only deprive Ukrainians favorite beaches and precious reserves, but also turns the entire area into semi-desert.

And our descendants will have to invest huge sums in new roads and bridges, “folding” of the coastal cities and the irrigation of arid lands.

However, some climatologists fear that very soon to replace global warming will come… the little ice age. It is expected that the winter in most parts of Europe will be 5-10 degrees colder. In this case, the increase of the sea will be forgotten. Residents of southern regions will have to prepare for another disaster, an influx of migrants from the Nordic countries.