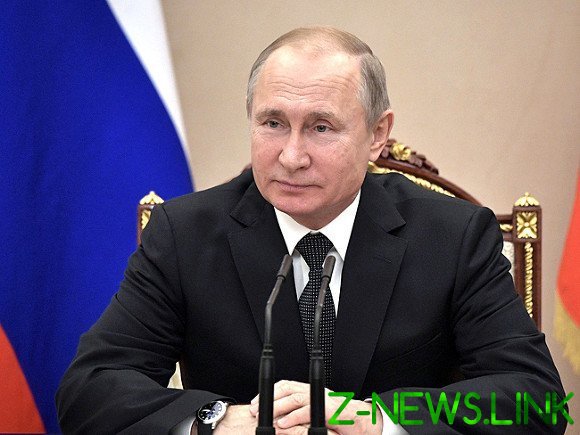 Russian people love to joke. Even when he seemingly no longer a laughing matter. And over those with whom to be trifled.

Ninth August 1999 Vladimir Putin was declared the head of government and presidential successor. During this time he had a lot to do. Milestones of Putin’s rule quite accurately reflected in numerous anecdotes. In almost every achievement there is a corresponding proverb.

For example, the most topical issue — democracy.

Bush on the eve of elections to Congress complains to Putin: my party is the problem, can lose. Putin gives him Churov. Following the election call:
— How’s it going, George?
— In all States by a small margin, won the “United Russia”.

That is to say, a simple observation of events. But there are in jokes and present philosophical understanding of the essence of Putin’s democracy.

Crow sitting on a tree, holding in its beak a cheese. A running Fox:
— You will vote for Putin going?
The crow is silent.
— Are you deaf, fool? For Putin, asking to vote for you?
Silence.
— Last time I ask for Putin will vote or not?
— No.
Cheese fell out. Fox picked up and ran. The crow looks down and thinks:
Well, I would say “Yes” — and that this would have changed?

The current political system in Russia is so arranged that gives each polling cycle the same result regardless of our behavior. We can support this system or to be disappointed in her. Is not reflected neither on who heads the country, nor in what position is the party in power. Some Kremlin propagandists love on this account to say that the enemies of our leader just to offer the people nothing.

And people, again, joking:
— How can we have dialogue with opposition? — asks Putin at his press conference. — It is in fact something unintelligible grunts.
— Vladimir Vladimirovich, — heard the voice from the far corner of the room. — She’s got you gag the mouth, remove.

It is, in General, a good-natured joke. Putin is above him, perhaps, he could use a laugh. Another on the same topic sounds quite different. Sneaks up chills.

Sitting with Bush, Putin on a fishing trip. Get the ball rolling. Our President is intently waiting. And American — the whole of the fray: then on the cheek will pop out on his forehead. Then the head scratching will start.
— Look, Vlad asked, — why are you the mosquitoes do not bite, and I snickering?
— I can not.

If Putin even mosquitoes are sanctioned, it is clear that in our country nothing can’t change. There is, as suggested by some culture, a kind of Russian matrix, that is a standard that is constantly, from year to year, from decade to decade… To infinity. This opinion is highly controversial, but it is reflected in jokes.

The man woke up after a lethargic sleep.
— Guess — tell him — what about a year?
— And who is now the President: Putin or Medvedev?

This anecdote appeared, probably, immediately after Putin went for a third presidential term. Since then, however, rates of Dmitry Medvedev fell sharply. Few people believe in his second coming. Modern anecdote on the same subject a shorter and more straightforward: “Lay Ilya Muromets on the furnace for thirty years and three years. Tears, finally, with her, turned on the TV… And there Putin speaks”.

But what does the head of state all this time? To answer this question we must move on to jokes about the economy and social situation of the country. Here lately dominated by black humor.

Putin acts to the people:
— Citizens in response to sanctions by Western countries, we have to tighten their belts and work much more.
— We will work in two shifts, is heard a voice from the audience.
— Here is the opinion of this patriot — happy Putin adds that because of sanctions we have to give up imported food.
— Going to work in three shifts — supports the patriot.
— Thank you, comrade, — thanks to Putin. — Where do you work?
— At the morgue, Mr President.

Not all, however, lose from Putin’s economic policy. Even the import substitution is a kind of beneficiaries. For example, a letter sent recently to the Kremlin: “Dear Vladimir Vladimirovich and Dmitry Anatolyevich! Personally, ready to destroy five kilos sanctions products a week. Efficiently. Quickly. Free.”

Of course, such beneficiaries is small potatoes. The real supporters of the current system do not work with goods, and financial flows. As it turns profitable. Nothing to do, and generate significant revenues. On this score there is the following anecdote: “Vladimir Putin has dubbed Vladivostok the “priority development area” — this is when the budget money has already been spent, but it is unclear what it is.”

And what, meanwhile, goes to the common people? Social benefits. We get it all strictly and fairly. Who is more deserved — the more and gets. For example, as seen jokers, the situation with payments to participants of war: “I decided to pay the veterans of the great Patriotic war for a thousand rubles, — said Putin, veterans of the First world war — ten thousand, while the veterans of the battle of Kulikov — as much as one million”.

In addition to the social system we have thrives and even transport. “Cheerfully rushes Putin on his LADA Kalina at a speed of 120 km/hour, admiring the Kostroma state roads. And before him at a speed of 200 km/h rush paver and brigade road”.

In Moscow, however, there is another way to travel. Here’s the ad. “Taking into account complaints from motorists that the overlap of the streets at the time of the route of the presidential motorcade leads to numerous traffic jams reported by: Vladimir Vladimirovich Putin took the decision to move now, exclusively on metro. In this regard, the movement on the circle line will be suspended tomorrow from 17:00 to 20:00”.

— Vladimir Vladimirovich, how much we tolerate this lawlessness?
— Well, another year or two will have to wait.
— And then?
— Then gradually get used…