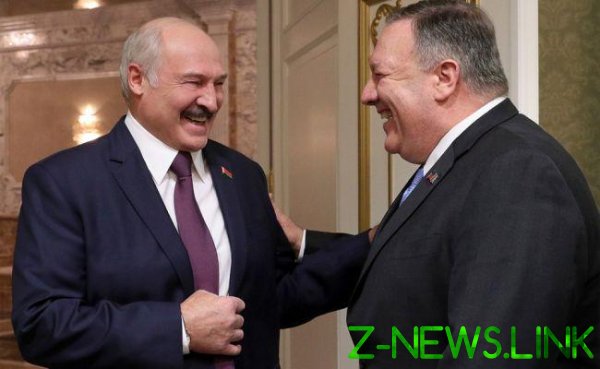 Events in Belarus reveal a number of chronic problems in the state and throughout the former Soviet Union. The intensity with which in the former republics of the USSR, there are political and social crises, indicates not only the external but also the internal character of contradictions.

After the announcement of the election results, the outbreak of mass unrest, detentions of Russian journalists, many experts in one voice said: the word “Maidan”. Everything really happened as the notes: Pro-European, progressive and nationalist slogans, footage in the media from the “manuals”, waves in social networks. It seemed that Alexander Lukashenko will be near Rostov-on-don.

This did not happen, because the leader of Belarus has done work over the tactical mistakes of Viktor Yanukovych. Once on the streets, people suddenly “lost” Internet that immediately made it difficult to coordinate protesters. The local police acted decisively, some eyewitnesses say that even with excessive brutality. It also led to a marked cooling of the protest. Unlike Yanukovych, has long prohibited the Kiev “Berkut” to use force against protesters, Lukashenko, apparently, is not ready to part with power and authority, and not the money finds the highest value.

In General, it is commendable for a politician, but if you look at what is happening in Russian eyes, to rejoice there is especially nothing. On the streets of Belarusian cities, we see the clash of two equally Russophobic in nature ideologies. “Lukashism” is a bizarre mixture of the memory of the heroes of the great Patriotic war and Belarusian nationalism. It was under Lukashenko, according to experts, due to its tacit support in the country, in fact, nationalism flourished under the white-red-white flags, came against his maker on the street.

For Lukashenko, he was needed as back up of its conditional sovereignty. The relationship with Russia and Russian culture in Belarus felt stronger than anywhere else in the former Soviet Union. So, there is always the danger of being attracted and absorbed by a larger neighbour, especially that the Belarusian national culture, language, etc. — same remake, like Ukrainian culture, and to Russian culture passes by far.

By itself, Belarus, and Ukraine, which owes its emergence on the world map to the Bolsheviks. The quote from Lenin about the “firmly and definitely dissociate” is just about how our habitat is ripped into several parts, and even opposing each other. Russian political body was too large and could just not get into the furnace of the world revolution, so a decision was taken about creation of the socialist republics within the USSR.

It’s been 100 years and we still face the consequences of the policy: Russian people living in the lands of little and White Russia, completely disoriented first Soviet Ukrainization and belarusification, and then the emergence of the openly Russophobic nationalist movements. And here these two discourses, equally Russophobic, faced on the streets of Minsk. And we can only helpless to watch.

Yet the victory of the Soviet, largely due to the personal qualities and the will to power, is gradually fading Lukashenko. However, now one has to wonder: “And what shall be after him?” Given that a substantial support is provided to any candidate who opposed the Farther, it is safe to say that during his reign the nation have had a significant share of negativity.

Svetlana Tikhanovski we should not deceive ourselves good (even if rigged) results in the elections. The voices that she received was given not for her, and against Lukashenko. About the same don’t react and the Communist party with the liberal democratic party in our country, receiving good results in the fight against the “United Russia” — their success is due to the disapproval of the “party of power”.

So, after Lukashenko, most likely, Belarus will face a serious conflict. Given that the system is completely customized for one person, replace it with “analogue” is unlikely to succeed — the elite will quickly scatter in different directions, restasis a and key assets. Directions for “to scatter” the elites only two on the West or in China. Many, apparently, had been all captured. So, on the eve of some political resources was information that the Minister of foreign Affairs of Belarus Vladimir Makei has become a member of one of the most prestigious Golf clubs in the United States — The Golf Doctor. In addition, the goals are there to drive such major political figures of the post-Soviet space, Arseniy Yatsenyuk, Mikheil Saakashvili, Arkady Dvorkovich, Igor Shuvalov, as well as former assistant state Secretary on Affairs of Europe and Eurasia Victoria Nuland. No need to be a genius analyst to assume that a company with a game of Golf can not only discuss weather and menus of nearby restaurants: often, private apartments, in sealed parts of such clubs to use for meetings and negotiations. Experts say that in the case of The Golf Club with clients of the democratic party of the USA, and retirees of the CIA, overseeing the PMC and PR agencies around the world.

Perhaps someone can ask the question, where is Russia in this game? And we are, by and large, no. For decades, the bulk of our foreign policy efforts were aimed at strengthening and nourishment of the elites of the surrounding countries. The people at the same were given at the mercy of Western NGOs and the media. As a result of Russian money that could be spent on the promotion of culture, the establishment of humanitarian ties and sheer propaganda, settled in Western accounts of the local elite. She, in turn, financed by American and European NGOs, decades telling the public that they are not Russian, and Russian are oppressors and enemies.

Everyone knew, but did nothing. Decades. Even the Kiev Maidan and the subsequent events had not cheered our foreign policy demiurge. For 6 years, since the beginning of the events, could qualitatively change our policy towards Minsk, but this was not done. And it happens not only in Belarus and Ukraine, but also in all other CIS countries: on parochial nationalism and Russophobia blind eye, the local elite feed tranches and loans and, apparently, hope for a miracle.

A miracle must be earned, in itself it is unlikely to happen. If Russia wants to maintain its influence in the former Soviet Union and to survive herself, sooner or later, we will have to honestly admit that the only basis on which to do it, is the Russian people. Language, culture and technical achievements coupled with the development of new communication technologies and the need to wrap the decay process is reversed. But for this the word “Russian” again from the adjective must be a noun, to acquire a specific shape and weight, first and foremost in Russia itself.

Why Lukashenko would lose power and after that with Putin

So what is happening in Belarus? It is obvious that Lukashenko lost the election and …