Home / auto / This is a must see: in China they build the highway of the future

This is a must see: in China they build the highway of the future 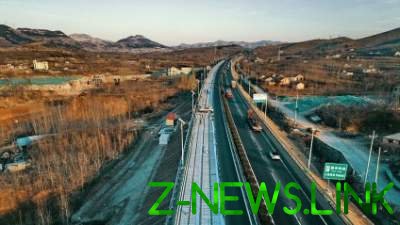 Take a ride on it is a dream of everyone.

Roads with solar panels is no surprise. But Chinese solar roads project is allocated the presence of built-in wireless charging systems for electric vehicles and other sensors for drones.
We are talking about the second project, the solar roads in the country, is part of the Expressway of Jinan (Jinan City Expressway).

Like other similar projects, this is a test, because the length of the site, with solar panels and other innovative solutions, is just 1.9 km away. the Construction provides for the conclusion of translucent concrete floor solar panels.

So far the conclusion all elements of the roadway was completed and performed works on installation of network connections for connecting the battery into an electrical circuit. All must be connected to the end of 2017.

Chinese solar highway consists of three separate layers. Top layer – transparent concrete properties equivalent to a conventional asphalt. Probably talking about mark transparent litracon concrete (Litracon) invented in 2001. The second (intermediate) layer solar panels, which are characterized as “reference”. They bear the main load from moving on the road transport. According to estimations of Chinese engineers, the roadbed should be sturdy enough to withstand the weight of the average truck, but probably heavy machines here will not ride. And finally, the third, bottom layer, insulation coating from the soil.

Note that the elements of the wireless charging of vehicles will be added immediately. The designers have provided such an opportunity, but you can use it in the very near future with the proliferation of models that run on electricity. 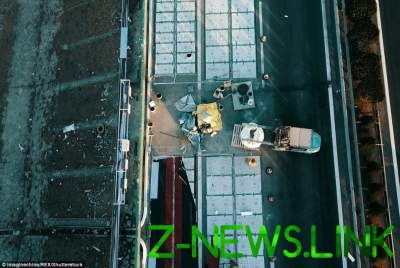 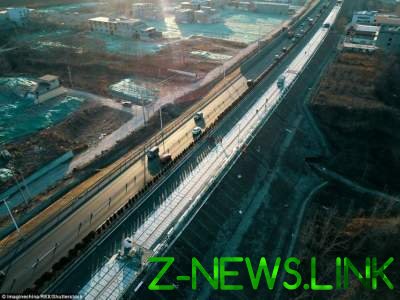 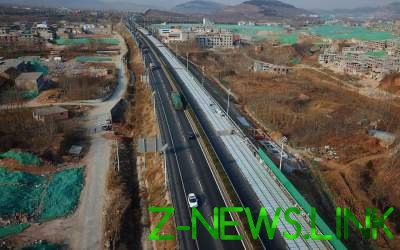 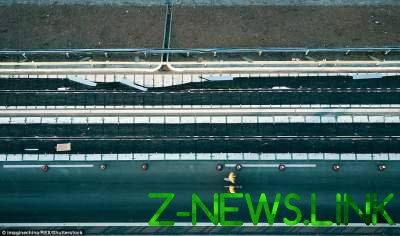 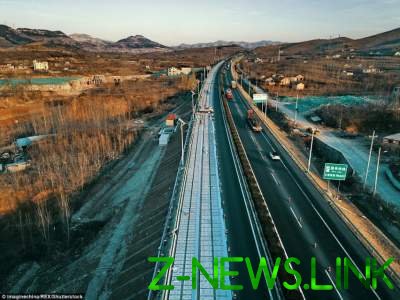