Scientists have described how the space changes people genetically 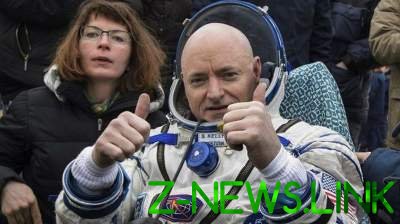 Scott Kelly is one of two experimental “rabbits” large-scale project.

Researchers were told what the outcome of the experiment with the NASA twin space and earth.

“The phenomenon of Scott’s” – the so-called supernatural changes in the body of Scott Kelly (Scott Kelly) – NASA astronaut, who spent 344 days at the International space station (ISS). He lengthened telomeres – the end segments of chromosomes, which the researchers were surprised 2 years ago. Because telomeres over the years only become shorter with each cell division. Taken even assume that a steady decline in these genetic structures accompanies aging, and leads eventually to death, which occurs when the length of the “ends” becomes critically low.

The astronaut has these same tips of the grown – become longer by about 14 percent. As if he were 10 years younger.

Scott Kelly is one of two experimental “rabbits” a large-scale project of the American space Agency for the study of twins (NASA Twins Study). It involves 10 research groups – more than 200 scientists from 30 countries. Before sending it into orbit astronaut donated blood for tests. Continued to lose and in space probes were sent to earth with the colleagues who left the ISS.

See also:  Space parade: when Ukrainians will be able to see the unique phenomenon

The second “rabbit” – mark Kelly’s twin brother Scott, genetically identical to it. Also an astronaut, but the now flying.

While on Earth, mark was a sort of control sample. Comparing the tests of the brothers, it was possible to understand what changes are due to stay in space. Actually this is the whole point of the NASA project Twins.