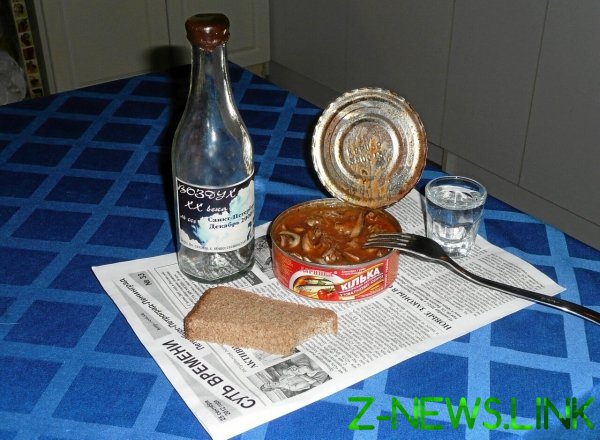 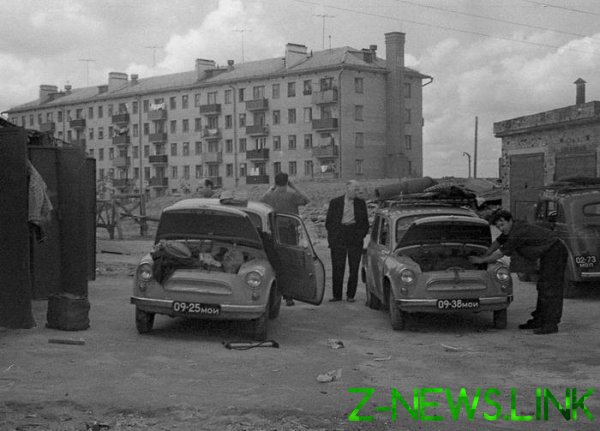 So, friends, today is an interesting post about how the modern post-Soviet reality influenced “garage training”. I have already seen many texts on the subject, the material examined including the famous Russian anthropologist Ilya Utekhin, I decided to voice my view on this matter — because it concerns not only Russia, but also to some extent Belarus, Ukraine, Baltic States and even Poland.

I in a sense was lucky — I grew up in an intellectual family, and among the intelligent environment of the big city. In the childhood it seemed to me that the way all people live — read a lot, visit different clubs and sports clubs, good student, and after high school definitely get a higher education. As it turned out, so live is not all — a lot of people wants and likes to learn, has no purpose in life, and life values not imbibed from books, and talking “behind the garage”. I regularly meet representatives of the “garage generation” in the comments to their posts — they live on “concepts”, they know everything better than others, and the only purpose of the dialogue see the imposition of his opponent’s positions.

So in today’s post — the story of the generation that grew up “behind the garage”. Make sure you check out the article below, write in the comments your opinion, well to friends to add do not forget) And telegram channel also subscribe.

Where did the garages? 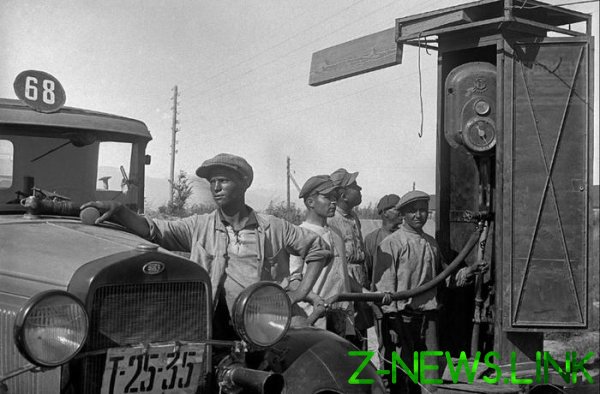 First, a little about where come from garages. Garage cooperatives began to appear in the USSR in the sixties — the concept itself “garage cooperative” (same as “housing cooperative”) has given people the opportunity to acquire some property and manage it — the garage was considered a “group property” and were not prohibited. The Soviet cooperative was a separate legal entity with own seal.

Important point that should be noted in this section — Soviet cooperative was located more often in uncomfortable and often distant from downtown areas, not suitable for capital development — rows of garages were built on vacant lots in suburban areas, near landfills and other unpromising territories. Garages were built on standard projects — this was the often long row of one-story garages, with brick walls and garage boxes. Each box was about 18 square meters and had a ceiling of about 2.2 meters.

Particularly strong garage construction boom happened in the eighties — at the time, city councils massively distributed land for the newly formed GSK garages, and garages began to fill more and more city outskirts and wastelands. Around those same years, many owners of the first cooperative (built in the early sixties) was already old and started to sell their boxes to the new owners — garage cooperatives began to come the new generation.

What happened in the garage. 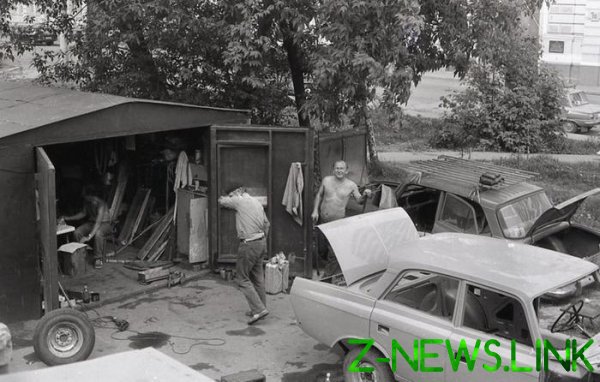 “Technical regulations” the garage was intended only for the storage, maintenance and repair of your car, but in the late USSR and in the nineties garages have become something of the unofficial boys ‘ clubs. Women drivers in those days there was very little, and garages on weekends began to gather men for get-togethers.

The situation played into the hands of the remoteness of the garages from the houses (most often they were on the outskirts), plus a mechanic and all cars at that time were considered “all-male” affair, in which “women still do not understand.” In General, in the garage, the men feel at home — here you can meet men without “silly women”, a little bit to drink and talk “for life”. With him in the garage took a drink, often the meat for kebabs in General, there was a full men’s club weekend.

Very often in the garage took and children — boys aged 7-17 years, who spent the whole day with his father and “learned to be men.” “You don’t listen to what your mother tells you, you listen to me, be a man!” — about as instructed fathers sons before the trip, “the garage” and during the discussion of garage talk. 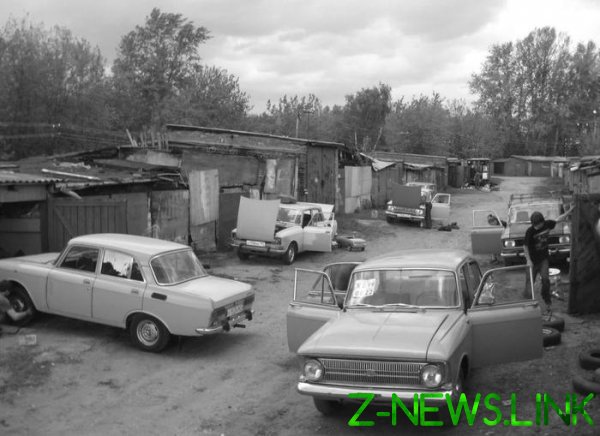 Rotates among the regulars of the “garage gatherings”, the boys of the eighties and nineties “studied life” — it was about the same as in the stone age. Men were sitting “around the fire” (barbecue), and told stories everyday and the children looked at them and tried to be the same. Here are the values imposed on the “garage raising”:>1. Every “real man” have to “school of life”. “School of life” can be the army or at worst prison — supposedly only there to show themselves and become a “real man”. To sitting instilled a special respect, in the same way as soldiers to war in Chechnya or in Afghanistan. “Sat — a real man!” “He fought a real guy!” and stuff like that.

2. All the other men were up in varying degrees the “suckers” who are not ashamed and even honorable in the case of the “throw money”. “Do you remember, Bob, as to us this bespectacled Professor came, so I told him instead of the normal rubber old worn tyres put here zhezh sucker!” — about such conversations were frequent in garages. Special hatred instilled also to the homosexuals and all who view the “garage regulars” they were like — “do you remember last week a man came in a suit, a briefcase, always greeted so politely, “you” refers — probably homosexual!”.

3. Instilled an irrational love for cars as something self-sufficient, the car was not just transportation but also a hobby and even in a sense, the meaning of life. “Yes, I swallow my iron more than my love Claudia!”. Being a driver was considered in itself a good profession that can guarantee a decent future. Later in the environment “garage generation” have become very popular mindless movies about cars, racers and taxi drivers.

4. Inculcated hostility to educated people and to education in General . “This bespectacled Ivanov sits all day in his Institute, some squiggles wrote! Here’s a goof, not to take vodka, beer, brush to do with the boys to talk heart to heart!” “This Petrov only about his book and thinks, writes and writes. It anyway no one will read! Not so with the boys on a fishing trip to wave. Probably, he’s a fag too!”.

5. Women were considered second-class citizens. In fact, it was clear already from the fact that they did not take in the company of men and tried to run away from them on the weekends at the same garages. “And my Claudia me today to let go not wanted — so I told her bream gave, showed who is the boss!”. It was considered particularly chic to have a mistress about the relationship which (with the details) could be told to all garage mates.

6. Ideas about the “external world for garages” was also very specific. Soviet (and later Russian new) the power of the regulars garages have been criticized, but not for any specific solution, but in General — “there are some assholes, thieves, and the Jews.” While strongly welcomed the controversial foreign policy decisions of the authorities — “Oh, well showed our these frogs/Pindos/the spooks — now they knew!”.

7. It was believed that the power of the people go exclusively to Parvati and oppress other people. Often voiced thoughts like: “so, I would be in that chair, I would show them how to lead! All I had was sitting!”, or “Well, let’s vote for the old, these then at least you had stolen, but the new will come again — will steal”.

8. Imposed the view that in America and in the West generally live enemies who want to destroy us, to seize and take away old garages, Lada-“penny”, a set of old rubber, skis “Telekhany” and filing “Science and Life” for the 1982-86 years. In General, the “garage people” is often attributed to the external world those the basest and petty qualities that were inherent to them. 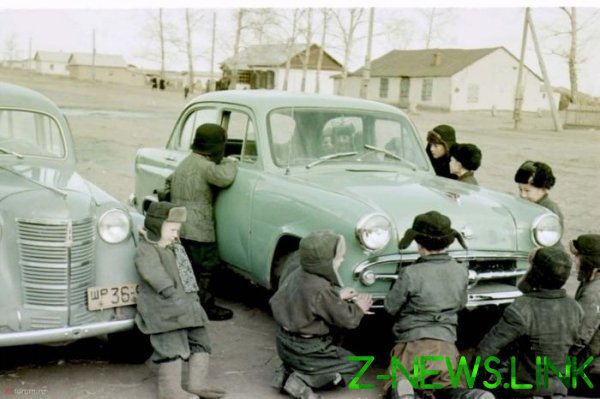 The boys went with their fathers “in the garage” on the weekends absorbed all this, and if we continue in the life of this child was not a good school and University, or just were not enough good people — very often the entire above mentioned list became the only guiding star in life. I also noticed that the representatives of the “garage generation”, who were older, rarely happy — they live with the unloved woman and unplanned children, working at some menial job and constantly take out loans. And blame this all, of course, the West, America and Bob-homosexual from the third entrance…