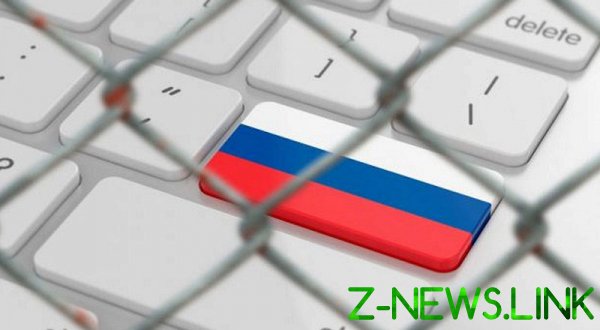 Prepare infrastructure for the implementation of the law on “sovereign Internet” is going according to schedule and will be completed before the end of next year.

About it on Tuesday has informed “Interfax” in the press service of Roskomnadzor.

In accordance with the national programme “Digital economy” information system Center for monitoring and control communication network of General use (the IP of TSMU JMPR) should be created for three years – until the end of 2021, I reminded the RCN.

“First and foremost, the IP of TSMU JMPR was established in December 2019, conducted acceptance with the participation of representatives of state bodies”, – told the Agency, adding that now “it creates the second phase of the system.”

Recall, Russian President Vladimir Putin in November 2017, demanded to develop the Autonomous systems of Internet governance, which would save the network from the “domination” of the United States.

The Ministry of communications together with the Ministry of foreign Affairs was instructed to negotiate with the BRICS countries on the establishment of a de facto parallel Internet of its own root domain name servers (DNS), which would “duplicate” existing, would be independent from the control of international organizations would be including the Russian users of “targeted impacts”.

A year later we got the law on “sovereign Internet” that requires not only to ensure the possibility of Autonomous operation of the Internet and minimize the transfer of data abroad, but also imposes strict control over the traffic within the Russian Federation, expanding the function of Roskomnadzor.

So, according to the project, all traffic within Russia must pass through the point of exchange, endorsed by the RCN. To do this, mobile operators and Internet service providers must install on their networks, which the Agency will be able to intervene in traffic flows, as well as block restricted resources.

At the end of last year, the government has prepared a list of threats, which if implemented will become the formal basis for what Roskomnadzor began centralized management of traffic in the country.

The list includes: the threat of granting access to restricted information or restricted resources, the threat of cyber-attacks and other effects of information and communication networks, which may violate their functioning, threatened breach available to citizens online information resources of the authorities, threats of violation of information security of automated control systems of networks of operators and a number of others.

In February-2019 Putin said that the Internet is an invention of Western intelligence agencies, who “were sitting there and all listening to and accumulate defense information.”

Russia does not intend itself to disengage itself from the global network, but in theory this solution can accept in the West, and this development should “be prepared and be ready,” Putin said. For this purpose, according to the President, you need to create a stand – alone Internet “segments, which do not depend on anyone”. “It is quite obvious. And technologically, of course, the same can be done,” assured the President.