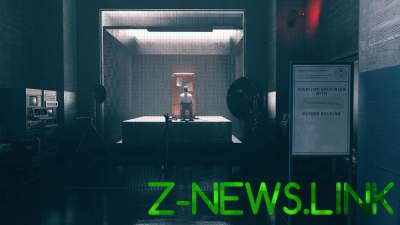 The developers sought to create a mystical atmosphere, trying to explain to the player the laws of this world.

The developers sought to create a mystical atmosphere, trying to explain to the player the laws of this world, and to invite him to study, to find answers and secrets. To help navigate this mysterious and open environment, they have provided a map, some pointers, and also tried to make different parts of the world different from each other’s style and other features.

An important role in the Control will play a fracture: the mechanics is largely built around a destructible environment. However, it is important for passing objects creators carefully arranged on tables and surfaces, which will be installed in an environment tightly to accidental use of super powers the player they broke.

One of the important features of the Control will be the emphasis on player choice: it depends on what abilities and features of the environment he will use at one time or another to fight the enemies, how to react to a particular situation. The developers have tried to rework the AI and level design to fit your ideas. In particular, the intelligent Director in Control will take care of the optimal gaming experience depending on location, completed missions, and so on.

The study is an important honor Control, and the developers have created a number of scenarios, motivating and rewarding the players for study: it upgrades for weapons and secondary missions, and a huge optional bosses, and bizarre situations. Control will be released on 27 August 2019 on PC, PS4 and Xbox One.