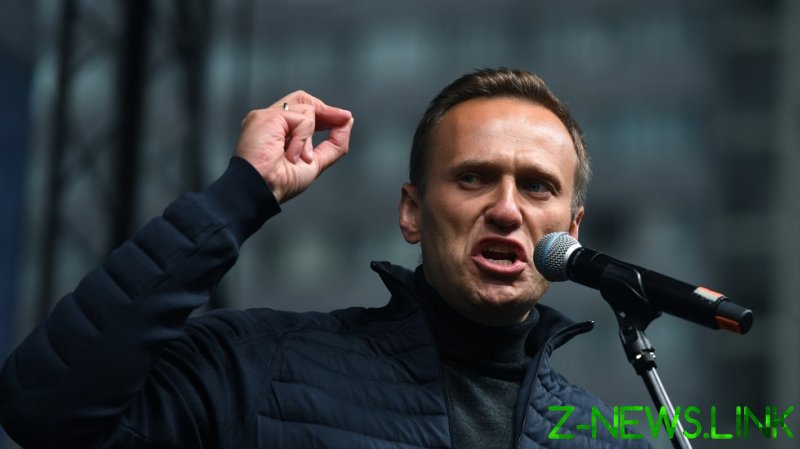 Media portrayals of the Moscow street-protest leader have ranged from comparing him to a western-style liberal, to a far-right radical racist to a persecuted freedom fighter. While many Russians from all points along the political spectrum support his investigations into corruption at the highest levels of government, there is little agreement on what he actually stands for or how he’d act if he were somehow thrust into a leadership role.

A former student at America’s Yale University, Navalny first gained international prominence in 2011, over a decade after he first became active in politics. Since then, he has been arrested on numerous occasions, received two suspended sentences, and participated in a Moscow mayoral election. He is well known for opposing President Vladimir Putin and exposing corruption, but what are his political positions? What does he believe in, other than simply removing Putin?

For many within the non-systemic opposition, Navalny’s opinions are unimportant. He represents a real alternative to the current administration and is a fighter against what his followers see as two decades of oppressive leadership that has failed to tackle the endemic corruption of post-Soviet Russia.

For his Western backers, the same applies. He is not Putin, and there’s no way he can be worse than Putin, in their opinion, so he’s worth supporting. However, many of them sweep under the carpet some of the activist’s unsavory history.

Navalny first entered political life in 2000 as part of the liberal Yabloko party. Despite officially being a member of a left-wing faction, the activist was a fixture of far-right politics, becoming a familiar face in the ‘Russian March,’ an ultranationalist gathering that ran with slogans like “Stop Feeding the Caucasus” while flying the Russian Empire’s Black-Yellow-White flag.

Yabloko eventually kicked him out for his far-right leanings. Its leadership later noted that “infatuation with Navalny and membership of the party are incompatible.”

In 2011, a profile of Navalny in the New York Times noted that Russian liberals have “deep reservations about him,” particularly regarding his outward and open racism.

“He has appeared as a speaker alongside neo-Nazis and skinheads, and once starred in a video that compares dark-skinned Caucasus militants to cockroaches. While cockroaches can be killed with a slipper, he says that in the case of humans, ‘I recommend a pistol.’,” the profile read.

The BBC, which reported on Navalny’s involvement in the ‘Russian March,’ noted that he spoke to a crowd of 7,000 people, bashing the Kremlin.

“We have problems with illegal migration, we have the problem of the Caucasus, we have a problem of ethnic crimes…,” he said, according to the state-funded British outlet.

Two years later, in 2013, 37-year-old Navalny spoke out in favor of the 2013 Biryulyovo race riots, when up to 1,000 nationalists attacked Central Asian immigrants in the streets.

He lashed out on his blog against “hordes of legal and illegal immigrants,” once again using his trademark animal imagery, claiming that they “crawl out to the surrounding neighborhoods.”According to the BBC, participants chanted “Russia for the Russians!” and “White Power!”

2013 seemed to represent a turning point for Navalny. As he sought to hold political office, he began to clean up his image, toning down the nationalist rhetoric of his past. After coming second in the Moscow mayoral election, the world began to take even more notice of the anti-Kremlin politician.

Subsequently, Navalny largely dropped his racist beliefs, at least in public, and shifted his movement towards picking up Russia’s disaffected youth – many of whom are Moscow-dwelling and left-leaning. To target Russians who have never experienced life without the presence of Putin in politics, his nationalism took a back seat. However, while these views were front and center in his thirties, it’s quite clear that he has not changed his mind in his forties.

In 2016, he condemned the banning of the far-right Russian March, writing on his blog that “nationalists are under pressure more than liberals.”

In 2017, in an interview with The Guardian, Navalny was given an opportunity to renounce his far-right views but refused to apologize.

Then, three years later, in an October 2020 interview with Germany’s Der Spiegel, he once again admitted that he still holds the nationalist opinions he did in the early 2000s.

“I have the same views that I held when I went into politics,” he said. “I see no contradiction in promoting trade unions while at the same time demanding a visa requirement for migrants from Central Asia.”

Nowadays, Navalny positions himself – or rather, has been positioned by others – as a liberal politician with a focus on rooting out corruption and developing closer ties to the West. For his supporters, he is a Mandela or Ghandi-like figure, having been likened by those such as former US Ambassador Michael McFaul to the famous 20th century civil rights activists.

“Navalny’s heroic struggle is no different from what [Mahatma] Gandhi, [Martin Luther] King, [Nelson] Mandela, and [Václav] Havel fought for,” he wrote, in a piece for The Washington Post. “While Navalny has not succeeded yet, there should be no doubt that his cause is good and just.”

When it comes to money, his politics certainly have been consistent with liberal ideas. Following the fall of the Soviet Union, he worked in finance and was a staunch proponent of capitalist economics, calling himself a “market fundamentalist.”

During an ill-fated presidential election run in 2018, when he was refused permission to participate in the contest owing to criminal convictions, which he says are politically motivated, he published a manifesto listing his political positions. Many of his policy suggestions were left-wing in nature, including the introduction of a minimum wage and making medical care and education completely free. It also included some common pillars of modern neoliberalism, like lowering taxes on small businesses and reducing the “presence of the state in the economy as an owner and an economic entity.”

Some other of his flagship policies included ratifying the UN Convention Against Corruption, decentralization, demonopolizing the economy, and introducing visa regimes for Central Asian countries, instead of migrants coming “uncontrollably,” as he sees it.

Taken at face value, most of Navalny’s published positions are broadly similar to those of liberal parties in Europe. However, many of his views don’t quite match up with those of his Western backers. For example, Navalny has been criticized as an imperialist and believes that Crimea is rightfully a part of Russia. The opposition figure has also engaged in jingoistic rhetoric during the 2008 war with Georgia, supporting “serious military and financial assistance” to South Ossetia and Abkhazia. He also backed expelling all Georgians from Russian territory. In a blog post, he called for Russia to “fire a cruise missile” at the Georgian General Staff, dubbing the country’s inhabitants ‘grizuny’ – literally, rodents, in yet another animal metaphor.

DOES IT ACTUALLY MATTER WHAT HE BELIEVES?

For a segment of Navalny’s supporters, his opinions don’t matter. He is the embodiment of anti-Putin sentiment and the person to open Russia up to a better future with western-style liberal democracy. In 2013, as quoted by registered foreign agent RFE/RL, left-wing Russian-Ukrainian journalist Matvey Ganapolsky labeled him “a tool” to move towards “honest elections,” with “anti-Kremlin” views similar to his own.

Like Ganapolsky, ‘the enemy of my enemy is my friend’ mantra has guided much of Navalny’s following. Eight years later, this phrase is still uttered, with many of his backers urging critics to focus on the more important, immediate goal, as they see it – removing Putin.

For many of these people, Navalny is a means to an end. They don’t want him to become president, or to come into any power, but simply want him to topple the existing system and help push the country towards a different political future.

For others, they genuinely believe that Navalny has reformed, and his old views no longer correspond to who he is today.

No matter his true opinions, the Russian opposition figure might be the only politician in the world to have an abundance of domestic supporters and foreign cheerleaders who disagree with his views.

With Navalny’s strong racist roots and a decade of courting western support, it’s hard to know which box he fits in, in 2021. He might still be a nationalist or he may have become a liberal. Who knows? But what is certain is that he has become an extremely shrewd and versatile opportunist.

If Navalny is to succeed, he will have to create an all-encompassing supporter base, using populism to attract both Russian nationalists and west-leaning liberals. In this regard, as he looks to form a broad anti-Kremlin coalition, his tendency to change his political stances to the prevailing view of the day may be his superpower. Navalny may potentially be unique in world politics in his ability to garner support from young, pro-LGBT rights liberal socialists and far-right monarchists.

However, despite their hope that the blogger-turned-activist is the person to eventually remove Putin, Western commenters are likely being disingenuous in projecting a rosy future with Navalny at the helm. His deep-rooted views are more similar to those found in some of Europe’s most maligned leaders, such as Hungary’s conservative Prime Minister Viktor Orban or French opposition leader Marine Le Pen, than the liberal platforms espoused by Angela Merkel or Emmanuel Macron. In the end, Western activists may discover that sometimes, the enemy of their enemy turns out to be an enemy as well.