PlayerUnknown”s Battlegrounds will be released on Android and iOS 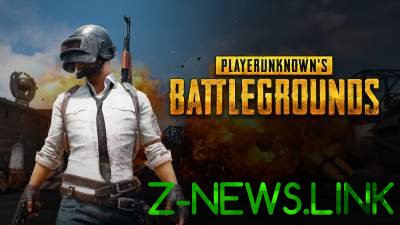 Tencent decided, why not make an official pocket version PUBG.

Success PlayerUnknown”s Battlegrounds are trying to repeat not only on computers but also on phones: mobile application stores Packed with clones of varying degrees of arrogance. Tencent decided: why not make an official pocket version PUBG?

Reported by GamesIndustry.biz with reference to the Chinese press release. Details are not disclosed: only Tencent says that will help Bluehole drag PUBG on the promising mobile market. Relevant work is already underway supposedly, it goes well, and details will appear soon.

Recall that Tencent recently partnered with Bluehole and support PUBG in the conquest of China. To start in this country officially, you need to go through several bureaucratic circles of hell, for example, to customize the game under the Chinese cultural and socialist values.

It is likely that mobile PUBG will remain exclusively in China — in the end, there has been an increasing interest in such projects, and Tencent earns a lot of money in the Chinese market.

Meantime, Tencent and Bluehole just starting to toss and turn, promising idea of mobile to actively battle Royal Spud more or less the major publishers. For example, 505 Games announced Exile: Battle Royale. The shooter has a capacity of 60 people in one match. The game is already available in the analog early access to Google Play.

For reference: 505 Games often is the Issuer retail versions of digital hits. The company released Assetto Corsa, PayDay 2, Stardew Valley, Terraria and Limbo collection from Inside.