Home / INCREDIBLE / Less than human: a new species of dinosaur

Less than human: a new species of dinosaur 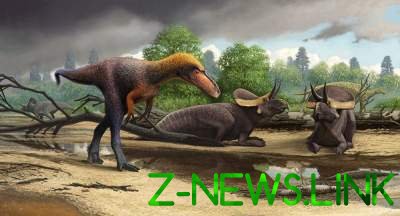 Members of the species lived 92 million years ago.

Researchers have described a new, previously unknown species of tyrannosaurids, which can help to better understand the origin of one of the largest predators in the history of Tyrannosaurus Rex.

The remains of a new species of tyrannosaurids, called Suskityrannus hazelae was found in the American state of new Mexico. This species, as scientists have identified, lived some 92 million years ago and the height was only about one meter.

Most of the earlier tyrannosaurid was quite small, but later appeared their much larger relatives. The first known tyrannosaurids date from about 150 million years, and the huge dinosaurs of the family – the tyrannosaurs are believed to appear only about 81 million years ago: the information that was in this span, quite a few. However, now there are data that can provide valuable information about this time: for example, was recently described small tyrannosaurids Moros intrepidus, which, like Suskityrannus hazelae, on average, lived in the Cretaceous period.

See also:  Tentacles up to three meters: scientists have discovered a new species of giant octopus

Suskityrannus hazelae sizes like coyote: according to the scientists, it was a length of about 25-32 inches and weighed no more than 20-40 pounds. His body was only a little more than the skull of Tyrannosaurus Rex; however, they found the remains of Suskityrannus hazelae belonged to very young individuals, so perhaps adults were somewhat larger (of course, to tyrannosaurs in any case, it would be far: Tyrannosaurus Rex, is believed to be able to weigh 5-7 tons).

See also:  Found anomaly in Antarctica will bring natural disasters on the Earth

Opening Suskityrannus hazelae can help paleontologists better understand the evolution of tyrannosaurids is to understand how these dinosaurs has changed so much and quickly and eventually became one of the largest predators in history.