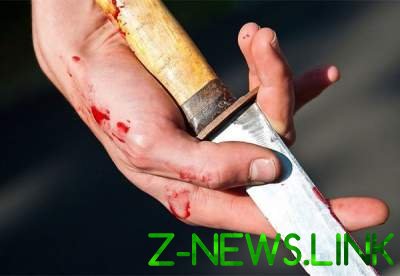 In the Nikolaev area the man nearly killed a woman in front of her child.

The police asked 17-year-old girl with information that her stepfather with a knife attacked a mother. This became known from the press service of the police of the Nikolaev area.

Staff of snigirevsky police immediately arrived at the scene and found that a drunk 42-year-old man clashed with his wife. Then grabbed a knife and stabbed her in the chest.

Read also: In Kiev the conflict in the cafe ended with the stabbing

It was attended by the victim’s daughter, who called militia and “first aid”. 37-year-old woman was hospitalized with stab wounds. The malefactor is detained, he explains his behavior excessive amount of alcohol consumed. Now he faces for what he did to eight years of imprisonment.