A unique find was discovered inside the sunken ship Vasco da Gama.

Inside the sunken in 1503 in the Indian ocean the ship was discovered an artifact that turned out to be the oldest ever discovered a navigation device – the astrolabe. According to scientists, the sailors of the XV-XVI centuries used a bronze disk in order to measure the height of the sun above the horizon.

An astrolabe found on the “Esmeralda” ship, which was part of the fleet of Portuguese Navigator of the era of Great geographical discoveries of Vasco da Gama. The wreck was discovered off the coast of Oman. He sank in 1503 during a storm.

Portuguese Navigator Vasco da Gama was the first person in history who was able to pass by sea from Europe to India.

Experts believe that the astrolabe was made in the period between 1495 and 1500 years. The device is a disk with a diameter of 17.5 cm and a thickness less than two millimeters.

The astrolabe was found by the expedition company Blue Water Recoveries, which deals with the study of sunken ships. The study was headed by David Mearns.

See also:  "Hubble" showed the star that eclipsed the brightness of the whole galaxy

“It is a privilege to find something so rare, so important from the point of view of history. Something that archaeologists will learn to fill in the gaps. It was not similar to what we found before, and I immediately realized that this is a very important device, because it could see the two logos. One of them I recognized immediately, it was the emblem of Portugal (at that time – ed.)… Second, as it turned out, was the personal emblem of Manuel I, who was then king of Portugal,” said Mearns. 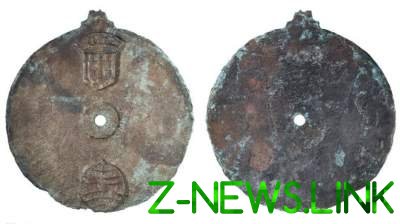 The researchers immediately suggested that the discovered artifact – an astrolabe, but could not find on it the marks, which are typically used to determine the location of the vessel.

Subsequently, laser scanning, conducted by scientists have shown that at the edge of the disk was marked graduations with graduations, retreating from each other by five degrees. The above division was allowed sailors to set the height of the sun above the horizon at noon, and thus to determine what is the breadth of their ship.

The astrolabe – a rare find in the practice of the study of sunken ships. As noted by Mearns found the artifact at least 30 years older than the oldest first found by researchers astrolabes. Discovery will allow a better understanding of how evolved navigational instruments.

Recall that In March last year off the coast of Oman, the archaeologists found traces of the lost ship of the Indian Armada of Vasco da Gama.

In July last year, Greek and American archaeologists discovered 23 sunken ships from different eras in the Aegean sea, among which the most valuable find is a Greek ship late archaic period.

In October last year at the bottom of the Black sea, archaeologists have found more than 40 ships of the Ottoman and Byzantine empires.

In August of the current year at the bottom of the Pacific ocean have discovered the wreckage of the cruiser Indianapolis which was sunk in July 1945.