In Iraq, found the remains of ancient Mesopotamia beer 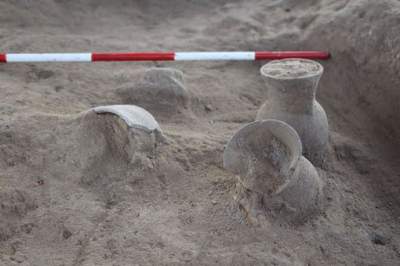 The researchers tried to recreate the flavor of an ancient Mesopotamian beer.

In Northern Iraq, found the remains of ancient Mesopotamia beer, their age is more than 2500 years. About the discovery by British archaeologists from the University of Glasgow reported in the journal of Archaeological Science.

Examining the chemical characteristics of the sediment preserved on the walls of the clay vessels, archaeologists found traces of a fermented barley. According to them, in the vessels, no doubt, was barley beer. Previously it was known that people in Mesopotamia, who held the last part of modern Iraq, they cooked and ate beer, but this information was based primarily on frescos and stories of the time. Direct evidence was obtained for the first time.

The researchers tried to recreate the flavor of an ancient Mesopotamian beer using described in the poems of ingredients and equipment. Try it even earlier, but the smell of it, according to science, awful.

They hope that the study of the characteristics of sediment in another bowl, found on the territory of Mesopotamia, to learn more about what they drank and ate its inhabitants.