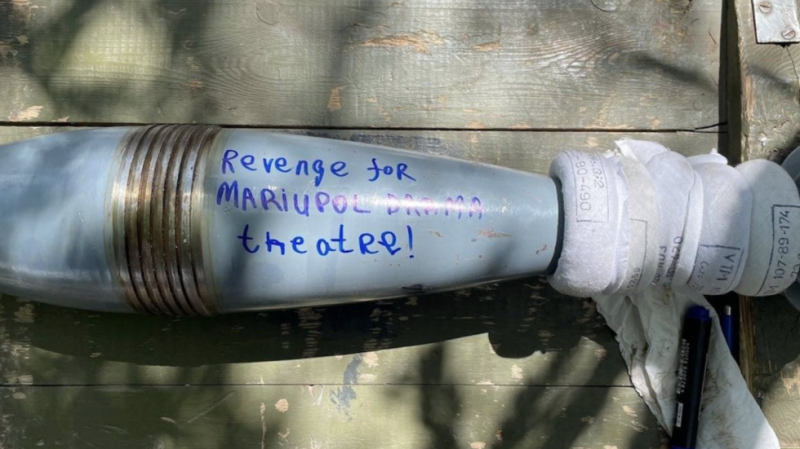 For many Westerners, watching the conflict in Ukraine is a lot like watching a spectator sport. It’s a mindset exacerbated by the bombardment of pro-Ukrainian propaganda in the media, through the mythmaking of fictional Ukrainian superheroes and the dehumanization of Russians – including civilians.

And now, that indulgence in violence has taken on a new level, becoming almost like an interactive video game in which far away observers can become indirect participants in the conflict.

Those who’ve bought into the narrative proudly sport the team colors of the blue and yellow and indulge themselves in the merchandise promoting their team – all from the safety of their monitors.

From Zelensky bobblehead dolls and custom Lego figures to “Saint Javelin” stickers, war profiteers (who call themselves “volunteers,” of course) are now selling messages on artillery shells that land in residential neighborhoods in Donbass, as detailed by the Washington Post. 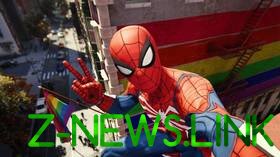 People can now participate in the bloody spectacle by paying money to put their slogans on bombs and drones directed at Russians and the Russian-speaking population of Donbass. Thousands of Westerners not directly affected by the violence are happily playing this interactive video game, sponsoring messages like “Hey Ruskie! I hope you like Ukrainian heavy metal,” to the less subtle “F**k Russians!,” which the Western government-funded “Kyiv Independent” has happily cited as examples.

It’s a practice made easy by dehumanizing every Russian-speaking person in Donbass by calling them “orcs” or comparing Russian forces to the medieval Mongol hordes, aided by the creation of fictional heroes like the “Ghost of Kiev” and the Ukrainian troops who surrendered on Snake Island – false narratives eagerly promoted by tabloids and cheerleaders like US Congressman Adam Kinzinger and professional Russophobe Malcolm Nance.

There’s a certain level of audacity required to be so involved in a conflict between two countries, one of which (the one you are rooting for) many couldn’t even identify on a map six months ago. Those who indulge in the commodification of real-world suffering aren’t just wishing for the deaths of people they don’t know, but happily pay to become indirect participants.

One of the non-profits responsible for penning the messages eagerly admits that it harnesses “hatred of Russians” into getting people to pay for it. 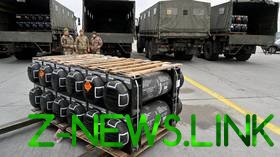 “Some volunteers take orders right on the front line, writing messages on shells with a permanent marker. Others take a more professional approach, painting the shells in advance and delivering the already branded ammunition to soldiers,” the Kyiv Independent reported.

It’s a business, if a bloody one – adding slogans to artillery shells can come as cheap as $10 for generic lines to as much as $500 for more elaborate custom designs.

Those who pay for their messages to be written on bombs are told that the money is used to buy fuel, food, and munitions for Ukrainian troops in the front lines. The more you contribute, the more accomplished you feel – not that there’s any way to track where your money’s going.

The question as to why the Ukrainian military would need donations when it’s being bankrolled by Western governments – through taxpayer money, of course – isn’t one that even seems to cross the minds of anyone immersed in this new form of interactive entertainment. 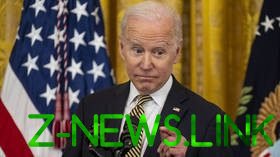 Writing messages on bombs isn’t anything new – it’s a well-documented practice that’s been done since the Second World War – but commodifying it for a global audience tuned in to real-time bloodsport is a wholly new development made possible with the rise of social media. It’s bread and circuses for the 21st century bourgeoisie – folks who want to feel like they’re accomplishing something while ignoring the social collapse happening all around them.

And in case you’re wondering – no, you’re not allowed to cheer for the opposing team. Don’t question it.

If Russians ran similar campaigns to write “F**k Americans” on IEDs used by the Taliban against US forces in Afghanistan, there would be Congressional pushes to declare war on Russia and no end of pearl-clutching in the media.

As long as there’s a demand for entertainment, someone will provide it, and the propagandists will justify it – no matter how terrible the costs are for the civilians on the receiving end of those bombs.