How are things going with the products in the occupied territories 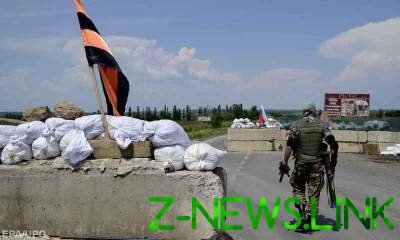 On the shelves of Russian products.

On temporarily occupied by Russian-terrorist troops in Donbas high prices for food and goods, while their range is limited.

In an interview, said the military journalist Roman Bochkala.

“It’s very similar to other this kind of education. I’ve been in Transnistria, Abkhazia, South Ossetia, Nagorno-Karabakh. All of these areas are similar in that they are sufficiently isolated. The range of goods is very limited, prices 30-40% higher than in nearby regions. And there, I think, the same. At least that’s what I write, reflect that,” he said.

Bochkala noted that on the shelves of the occupied Eastern Ukraine “are mostly not very high quality goods of Russia”.

“To the extent that dairy products come from Omsk, Tomsk, and this is Siberia. What is the quality, I don’t know. That’s the basic food basket. Ukrainian goods are in great demand. This conclusion I do not on the basis of subscriber data, and I ‘ ve been to a few times on the demarcation line, for example, in Verhnetoretskom or in zaytsevo. There is a store in which purchases were made by the inhabitants of the occupied territory from the surrounding areas. Even though I met people from Makiivka, Donetsk region”, – said the journalist.

“They go specifically for the Ukrainian herring, though she is Norwegian, but we have, say, tastier. And it suits them financially. They beat off the road, that’s enough to pay some bribes at checkpoints, losing time. Still people go. So, here it is more profitable to buy food,” – said Bochkala.

He also spoke about the situation of smuggling in the Donbas.

“Falls, of course, but now the situation has changed. Since contraband flows, so to say, corporate was merged and placed under the control of the state institutions, in stupid for any country road, as it was before, now it does not. Now it’s more sophisticated,” – said the journalist.

“For example, I know one company, which produces cheese. They pack their cheese in labels like Belarus. In Belarus, all this perepravlyaemsya and through Russia arrives in Donetsk region from the Rostov region, although it is Ukrainian goods. Even with such complicated logistics, it is beneficial. And so it is with other goods. This is another contraband. From time to time of its reveal, but still works” – summed up the Baccala.