EA is preparing to launch its cloud service with games 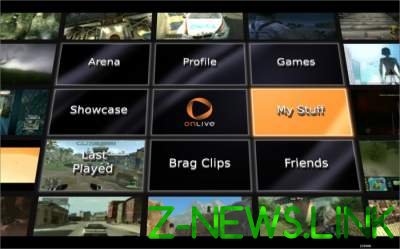 In September, there were reports that EA has prepared a demonstration of cloud technologies on the example of Battlefield.

Maybe, by services type dead OnLive or PlayStation Now look so-so idea, but Electronic Arts believes in them. And, even preparing to launch its own streaming platform similar persuasion.

As GameSpot reports, said the financial Director of the publishing house Blake Jorgensen (Blake Jorgensen) during the UBS Global Technology conference. EA wants to launch a streaming service, the games are about two or three years. The company makes the site not alone, but with the help of an unnamed partner.

According to Jorgensen, similar services are developing slowly, because the world is not enough. But thanks to the efforts of Microsoft, Amazon, Facebook, Google and Apple, this problem is solved. So EA is sure to launch its cloud platform business with data centers will fare better than now.

However, data centers still not the only problem towards a streaming future. Jorgensen understands that speed and quality of the network connection is not always good enough. So in the coming years, streaming will not replace the traditional console. Maybe this does not happen, adds Jorgensen.

In September, there were reports that EA has prepared a demonstration of cloud technologies on the example of Battlefield. The image is then turned so that the quality that it was indistinguishable from the graphics, which is calculated on the local machine of the user. But the company recognized that such results have a very good connection to the Network.

Recall that the streaming services, referred, work as follows: you connect to cloud server and it sends to your device the video stream with the game. Thus all computations (including graphics, physics and so on) occur in remote systems powerful, and you only need Internet connection and hardware capable.