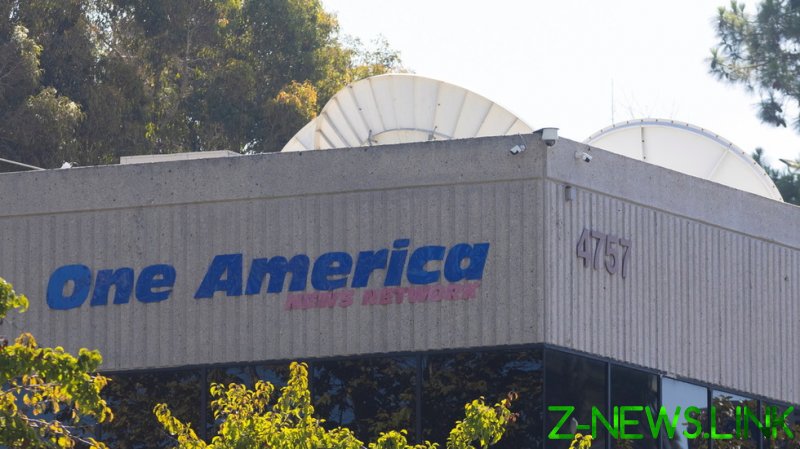 It was executives at AT&T, the world’s largest communications company, that first came up with the idea for OAN, according to a deposition given by Robert Herring Sr., the right-wing network’s founder.

“They told us they wanted a conservative network,” he said in 2019, according to the report from Reuters. “They only had one, which was Fox News, and they had seven others on the other [leftwing] side. When they said that, I jumped to it and built one.”

OAN launched in 2013 and found rising success during Donald Trump’s time in the White House as a network for staunch supporters. It has been accused of spreading conspiracy theories about the 2020 presidential election and is one of multiple networks facing defamation lawsuits from Dominion Voting Systems regarding unsubstantiated claims of voter fraud.

The new report points to AT&T as a massive source of revenue for OAN, with 90% of the company’s revenue coming from a contract with AT&T-owned platforms, such as DirecTV, according to sworn testimony an OAN accountant gave last year. Herring reportedly admitted himself that the company’s value “would be zero” without the DirecTV deal.

AT&T owns multiple networks through its ownership of WarnerMedia, including HBO and even CNN.

AT&T spokesman Jim Greer did not comment on OAN’s revenue stream, but did tell Reuters his company offers a variety of channels “across the political spectrum” and there is no other motivation in its connection to the conservative network.

“We have always sought to provide a wide variety of content and programming that would be of interest to customers, and do not dictate or control programming on channels we carry,” he said. “Any suggestion otherwise is wrong.”

Answering to one comparison between the creation of OAN and Roger Ailes’ creation of the right-leaning Fox News, Greer called such a connection a “ridiculous claim.”

AT&T has faced a wave of criticism since the report was published on Wednesday, with many accusing the company of profiteering from and feeding partisanship.

Others have called for a boycott of the massive company since they have been revealed to be “the Godfather of One America News.”

The phrase ‘#DefundATT’ has begun trending on Twitter as boycott calls among Trump critics and liberal pundits have grown, accusing the communications company of “funding misinformation.”

One five-year deal between AT&T and OAN was reportedly worth approximately $60 million, though the company disputed this and said they could not reveal true figures paid for airing the network’s content due to a non-disclosure agreement.