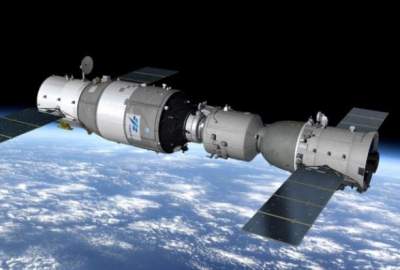 The orbit of the Chinese space station Tiangong-2 dropped sharply.

Space station China’s Tiangong-2 made a surprise to the experts maneuver and has shifted much closer to the Ground.

The Chinese control for manned flights is not informed about the reasons for these changes in the orbit of the station.

According to the astronomer of the Harvard-Smithsonian Institute Jonathan McDowell, June 13, the orbital module has dropped from a normal altitude of about 390 kilometers to about 295 kilometers. Ten days later, station Tiangong-2 returned to its regular orbit.

McDowell says that the orbit of the Tiangong-2 will likely have been reduced by two braking force on 13 June.

This unusual maneuver was forced to assume that the space station may soon be decommissioned. The fact that its predecessor, station Tiangong-1, is out of control and fell to the Ground in April of this year.

“Maybe it was just a way to check the reliability of the engine space laboratory in two years in orbit as part of a test mission,” wrote Jonathan McDowell.

In October 2017 Chinese astronauts arrived for a 30-day stay at the station – the longest stay of China in space. Most of the time, the Tiangong-2 worked in the unmanned mode. At the moment, the station has completed all the tasks that were set before her. China intends to launch the first module of a new space station, called Tianhe approximately 2020.