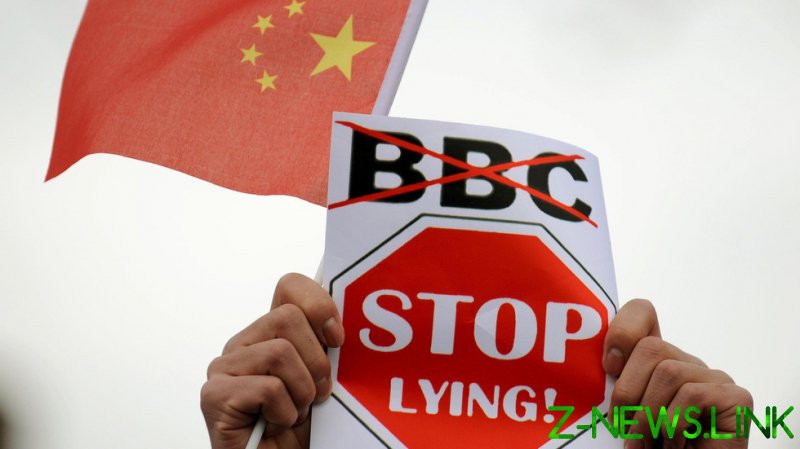 China’s National Radio and Television Administration (NRTA) announced the ban on Thursday, stating that the BBC’s reports “violated the requirements that news should be truthful and fair, harmed China’s national interests and undermined China’s national unity.”

The “reports” in question likely refer to BBC Newsnight’s coverage of China’s Xinjiang Province, where the government is detaining Uighur Muslims in what it calls a “deradicalization” program. Western governments and activists have accused Beijing of waging a campaign of genocide against the Uighurs.

While Beijing has already condemned the BBC for this coverage, its banning of the BBC also comes as a response to Ofcom, Britain’s media regulator, revoking the UK broadcasting license of CGTN last week.

Ofcom pulled CGTN’s license after it investigated the broadcaster and found that it was controlled by China Central Television, which, as part of the China Media Group, is “controlled by the Chinese Communist Party and therefore disqualified from holding a broadcast licence under UK laws.”

Ofcom said it would also sanction CGTN for alleged “impartiality and fairness and privacy breaches.”

Minutes after China’s NRTA announced the ban, the country’s Global Times newspaper declared that “China has sent the outside world a clear signal that it has zero tolerance for fake news by banning the broadcast of BBC World News in Chinese mainland.”

The paper, which is considered to communicate the position of the Chinese government, said if the BBC chooses to be a “rumormonger” against China, it would have to “bear the consequences.”