Americans cite Democrats and Republicans as equal threat to US democracy, poll shows 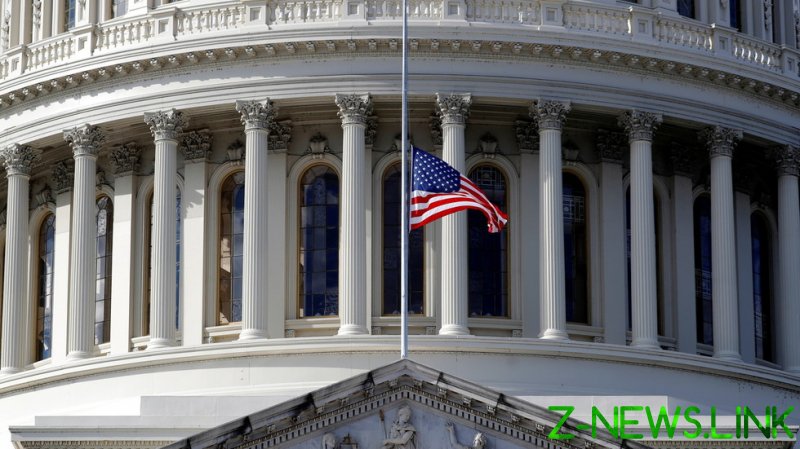 An NPR/PBS NewsHour/Marist poll released on Monday found that the vast majority of Americans of all political stripes – 81% of overall respondents – believe there is “a serious threat to the future of our democracy.” Those concerns are at the same level as in January, when a protest about alleged election fraud mushroomed into a riot at the US Capitol.

Predictably, Democrats and Republicans are sharply divided on who poses the bigger threat to the system, but independents are leaning toward a conclusion that will likely surprise and disappoint the message-massagers at CNN, MSNBC, and the Democratic National Committee. The new poll showed that 41% of independents see the Democrats as the bigger threat to democracy, compared with 37% who said the Republicans were the greater concern. The remaining 22% said it was either both major parties, neither, or they weren’t sure.

Among all survey respondents, 42% said the Democrats were the greatest threat to democracy, while 41% named the Republicans. Partisan voters were almost equally divided in pointing the finger at the rival party.

While 42-41 is a slim edge – and certainly within the poll’s margin of error – it runs counter to a theme that the ruling party and mainstream media outlets have been hammering ever since the Capitol riot. The riot was framed as a racially motivated “insurrection,” triggered by then-president Donald Trump to overturn his election loss to Democrat Joe Biden. The new president himself even touted it as “the worst attack on our democracy since the Civil War” – apparently surpassing such events as the 9/11 attacks, Pearl Harbor, the JFK assassination, and various terrorist bombings.

The Capitol breach was also hyped as deadly, although the only person killed was an unarmed Trump supporter who was shot by a police officer. Three Trump supporters and a Capitol policeman also died of natural causes either during or shortly after the riot.

The framing of conservatives as terrorists hasn’t been limited to the Capitol breach. From an MSNBC host likening Texas legislators to the Taliban because of a restrictive abortion bill to Biden’s attorney general announcing a federal crackdown on angry parents who have allegedly threatened school officials over left-wing curricula and policies, the theme has been clear: ‘far-right’ Americans are terrorists. NBC News has even spun the “Let’s Go, Brandon” meme – an expletive-free synonym for “F**k Joe Biden” chants – as a potential threat of violence against the president.

Like Trump’s victory in the 2016 election, the NPR/PBS NewsHour/Marist poll suggests that legacy-media outlets have lost much of their influence over public opinion. The survey also showed that only 41% of Democrats believe Biden would give their party a better chance of winning the 2024 presidential race, while 57% of Republicans see Trump as the GOP’s best shot at winning back the White House.

“In spite of the best efforts of the Democrat Party and liberal media gaslighting, Americans get it,” one Twitter user said. “Democrats are the threat to our freedom.”

But Biden supporters argued that the poll was swayed by ignorant voters who didn’t go to college, or that the “independent” respondents weren’t centrist. “Let’s face the truth,” one observer said. “Anyone that claims in this day and age that they are independent is just an embarrassed ex-GOPer.”

One thing on which Americans agree is that the system is in peril. About 89% of Republicans, 79% of Democrats, and 80% of independents said there was a serious threat to the future of the nation’s democracy. Those concerns were similarly high across every demographic group broken down by NPR/PBS NewsHour/Marist.