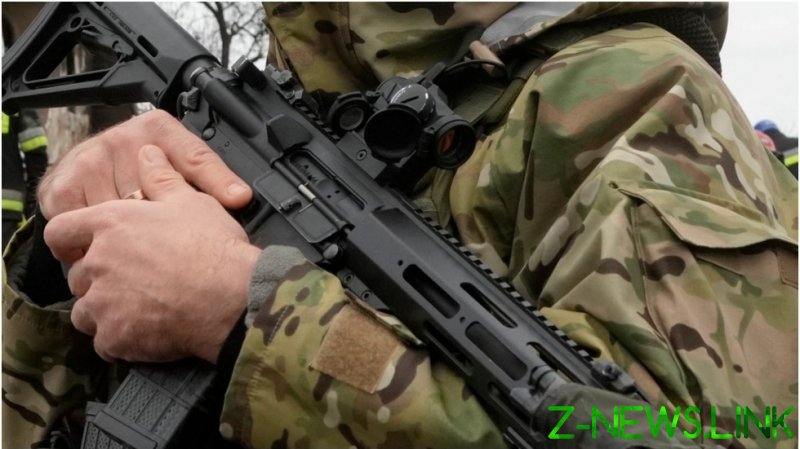 A video on social media allegedly shows a member of Ukraine’s Azov Battalion calling for the mass murder of Donbass civilians.

The young, Ukrainian-speaking man in a military-style green T-shirt talks about “the clearing of the whole of Donbass” and “cutting their heads off and the heads of their children.”

The man has the lower part of his face covered throughout the video, and plays with a switchblade while speaking. He also gives advice on where to go in order to enlist in the Ukrainian Armed Forces and in a volunteer medical battalion.

The video was apparently taken from Instagram. However, it is not clear where or when it was recorded. An account under a similar name was deleted.

Reports on social media claim the man is a member of Ukraine’s Azov Battalion, whose members include fighters with openly far-right and neo-Nazi views.

Last month, Ukrainian TV host Fahrudin Sharafman quoted Adolf Eichmann, one of the organizers of the Holocaust, and called on air for the killing of Russian civilians, including children.

He later apologized, claiming he was overwhelmed by emotions after losing a close friend in a battle with Russian troops. 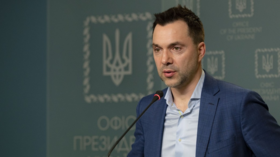 Similarly, a Ukrainian doctor claimed during a live interview that he had ordered a volunteer unit he leads to castrate Russian POWs – only to apologize for his words later.

Alexey Arestovich, an adviser to President Volodymyr Zelensky, said last month that statements such as these damage the country’s image, and that Ukraine follows the rules of war. He urged everyone not to allow “the dehumanization of the enemy.”

Ukraine and Russia have denied killing civilians and accused each other of committing war crimes.