Home / economy / Ahead of stagnation: the world Bank, leaving no chance for the economy

Ahead of stagnation: the world Bank, leaving no chance for the economy 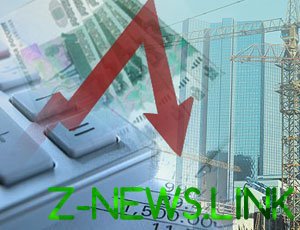 The world Bank has again lowered its growth forecast for the Russian economy in 2019. According to the economists of the world Bank, the growth rate of Russia’s GDP this year will be 1.2%, while the April forecast, it appears the figure of 1.4%.

This is stated in the Bank report “global economic Prospects: growth of tensions, reduction of investments”. The estimate of growth of the domestic economy in 2020-2012 years left at the level of 1.8%.

The report’s authors called a cause of the deterioration of the forecast decline in oil production within transactions of OPEC countries, the tightening of monetary policy and an increase in VAT from 18% to 20% in early 2019. According to analysts, the VAT increase turned into a drop in retail sales. In addition, experts believe, to the economic performance is negatively affected by the instability of the current political situation in Russia, making Russia an unattractive country for private investors.

At the same time, the authors of the report noted a record growth of the Russian economy in 2018, which was 2.3%. This is the highest figure over the past six years, they said. The domestic economy grew despite strengthening of anti-Russian sanctions and the pressure of the global financial market. According to analysts of the world Bank, the Russian economy last year was supported by rising oil prices, net exports, holding of the world Cup and the subsequent construction of various facilities, including energy.

It is worth noting that this is the third in a row in this year’s fall forecast by the world Bank on growth of the Russian economy in the current year. In January, the world Bank worsened the GDP growth forecast for Russia from 1.8% to 1.5%. In April, the Bank lowered its growth estimate for the domestic economy to 1.4%, indicating that not good for Russia’s GDP will go on falling oil prices and tougher sanctions.

See also:  Astronaut lit up the world's largest "tree" from the ISS

As for the prospects of global economic growth in 2019, the Bank’s analysts lowered its January forecast of 0.3 percent to 2.6 percent. Its position they explain the sluggish economic situation. In 2020, the pace of global growth will increase slightly and will amount to 2.7%, predict the report’s authors. Note that in the January forecast, the world Bank expected global growth next year at 2.8%.

Earlier this week the Minister of economic development of Russia Maxim Oreshkin at a meeting with President Vladimir Putin promised increased economic growth in Russia by the end of 2019.