A mosquito bite almost caused the death of a child 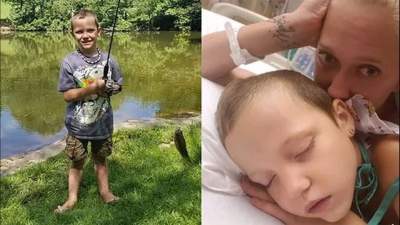 Six year old boy, Noah, who lives with his parents in the us state of North Carolina, was bitten by the ordinary mosquito, but after a while it became unbearably bad.

It all happened last weekend when the family went shopping and just rest in various institutions. On the way home Noah complained of dizziness and headache. Loriann Turret gave my son medication, at the time he was better.

See also:  State of emergency in Kiev: Elevator with a woman and child fell from the 16th floor

However, as it turned out, queasy Noah was just icing on the cake. The insect has infected the boy dangerous disease – encephalitis La Crosse.

Symptoms caused by a virus, the following: seizures, vomiting, high body temperature and headaches. All these consequences of infection appeared in the child the next day.

The arrived doctors for a time pacified the disease. The decision was made to hospitalize Noah, that he passed a full course of treatment. The boy’s condition is satisfactory already, Noah is on the mend..

See also:  Drunk resident of Poltava threw the stroller with the child on the roadside of the route

Loriann in the social network Facebook urged to protect their children and to protect them from mosquitoes. Woman never have thought that these little insects can be fraught with so much danger.