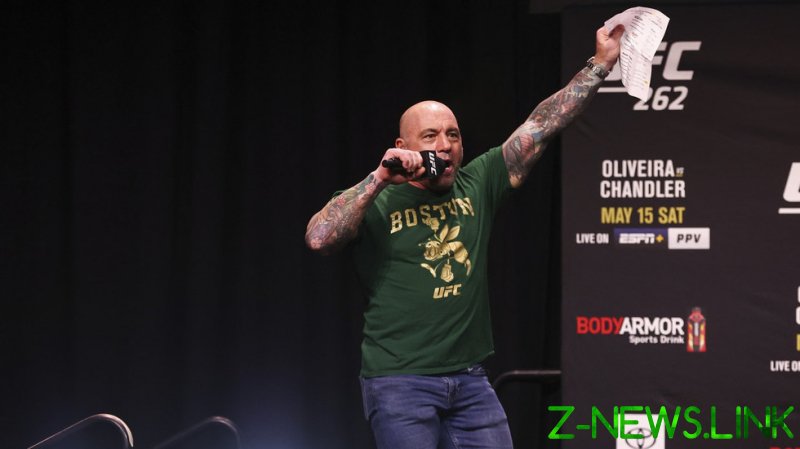 Rogan has courted controversy multiple times since migrating his podcast from YouTube to Spotify, with several of the company’s employees threatening to quit unless they were given editorial oversight on his show and its, at times, controversial content.

While discussing whether it is possible to make edgy comedy anymore with fellow comedian Joe List, the 53-year-old podcaster claimed that a person can “never be woke enough” to satisfy the online mob. He added that, even if society does submit to the demands of the woke crowd, it will still reach the point where “straight white men” won’t be allowed to speak.

He took it one step further and suggested that it may even reach the point where straight white males are not allowed to go outside “because so many people were imprisoned for so many – I’m not joking, it really will get there. It’s that crazy.”

Rogan closed his diatribe with a call to arms, of sorts, saying: “We just gotta be nice to each other, man. And there’s a lot of people that are taking advantage of this weirdness in our culture, and then that becomes their thing.”

As expected, Rogan soon trended on Twitter having successfully baited the woke crowd, many of whom directed their foul-mouthed fury at the podcaster for suggesting any such censorship of straight white male voices online.

Rogan’s defenders were not in short supply either, including conservative commentator Tomi Lahren, who said “it’s open season on white men.”