Home / WORLD / Why is the BBC so obsessed with promoting transgender propaganda to young people?

Why is the BBC so obsessed with promoting transgender propaganda to young people? 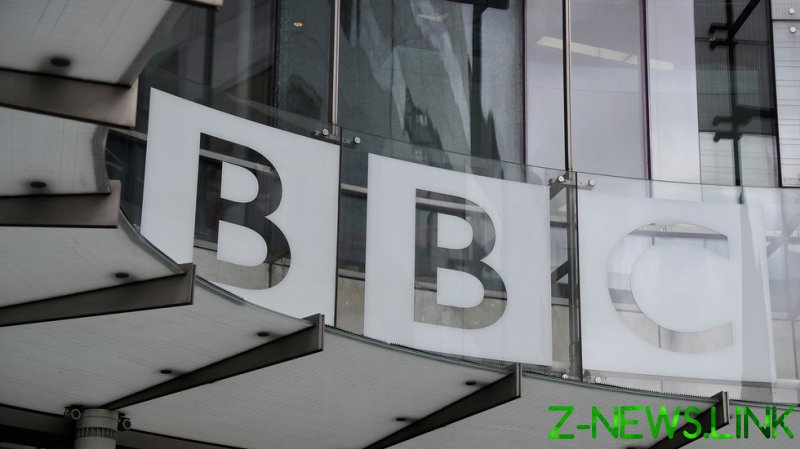 BBC Radio 1 is hosting a Drag Day on August 21, with four drag queens hosting their own shows. Be ready for glamour and excess from dawn until dusk. How it works on the radio remains to be seen – or rather heard – but the BBC can barely contain its excitement.

Regular Radio 1 presenter Charlie Hedges told her listeners to expect an extravaganza of “energy, big tunes and a day rave everyone is invited to and you won’t forget.” But beneath the glitter and sparkles, four men will spend the day acting out a parody of womanhood. Drag kings – actual women – are notable by their absence. This is another opportunity for one sex to hog the limelight or, in this case, the microphone.

Drag is not new of course – Danny La Rue, Barry Humphries and others were donning their frocks throughout my childhood – but the transgender umbrella now casts a shadow over what was previously merely performance. With gender identity in the ascendency, exploration of gender expression takes on a new significance.

For children listening, the messages may be mixed. Are these drag queens performing an act, or are they expressing their identity? These are muddy waters to say the least, and the BBC has a responsibility to explain the issues clearly, especially to their younger audience, who may be taking lessons from what they hear. Growing up is no easier with a smorgasbord of gender identities on offer. Earlier this year, a BBC educational film told 9- to 12-year-olds that there were “over 100 gender identities” to choose from and therefore decisions to be made.

That film has since been withdrawn, but another – aired earlier this month on BBC Three – is still available. ‘Transitioning Teens’features transgender activist Charlie Craggs, who talks to several teenagers desperate for medical treatment. Like Radio 1, BBC Three is targeted at younger people. It would be foolishly naïve to imagine that children are not accessing this content without the knowledge of their parents.

While Drag Day might glamorise gender non-conforming behaviour, ‘Transitioning Teens’ moves the narrative on to hormone therapy and surgery. In the UK, those treatments have been available through NHS gender clinics. But as demand has soared, waiting lists have mushroomed. Three years is mentioned in the film. That is outrageous, but the approach taken by the film is shocking. Less than a minute into the 43-minute programme, images are shown of teenagers apparently buying hormones over the internet from unregulated sources. “I know it’s dangerous, but I have no choice,” 19-year-old Jess tells Craggs.

Jess goes on to talk about the forums, “that have thousands of members.” We learn that there are “loads of people in the same position” who “share their experiences with different doses, with different suppliers.”

For a child watching this programme – perhaps alone – the sense of community will be tantalising. “Do you feel like you are having to look after each other because no-one’s looking after you?” Craggs asked Jess. I wonder how many young viewers went looking for it as a result. Yes, dangers were mentioned, but they were treated lightly.

The focus throughout is on drugs and surgery, not psychiatry and psychotherapy.

Later in the film, Craggs talks to Jolyon Maugham, a barrister who is helping a 14-year-old bring a legal case against the NHS for failing to provide treatment in a timely manner. Maugham explained the background to the case, but then made an astonishing claim.

“Children are being denied access to treatments that are correlated with improving their mental health. You get those treatments, you’re much less likely to commit suicide.” That was presented without challenge or analysis.

And it was not the only mention of suicide. The message to young viewers was frighteningly clear: NHS waiting lists are hopelessly long, but there are communities of people online who help each other acquire drugs from unregulated sources.

There was some balance when Craggs interviewed a woman who de-transitioned after nine months on testosterone. The discussion over the need for better access to mental health care for all young people was helpful, but in my view, it came far too late in the programme to counter the earlier message.

As a responsible broadcaster, the BBC needs to do far better. But it keeps doing it. Earlier this week, it shared a French language film on its Facebook page.

The focus this time was younger children. Seven-year-old Sasha was “assigned male at birth,” but wanted to wear dresses. That was no problem at home, but the school took a different view – cue anguished parents and tearful child. When the school did give way, Sasha’s tears turned to smiles. The subject of the film, however, was the mother. “I’m convinced we all have a mission or something to accomplish,” she said. “I think Sasha is here perhaps to help change people’s attitudes. And I’m here to help her. Perhaps.”

Feminine boys are not new; what is new is the assumption that they are somehow girls. Previous generations did it differently. A 1986 study of 10 young boys exhibiting “feminine behaviour and cross dressing” found that only one was transsexual at follow-up, eight to 10 years later. The outcome was uncertain in three, but two were homosexual and four were heterosexual.

Left alone to wear dresses as he wished, Sasha would likely grow up not to be transsexual. That future seems harder to achieve when the parents have convinced themselves they have a daughter, and are on a mission to change attitudes. But from the BBC, there were links to LGBT organisations, including Stonewall UK. I fear for parents of other gender non-conforming boys looking for advice in those quarters.

Between radio, TV and its social media output, the BBC’s transgender message might be consistent, but in my view, it is also wrong. Women are not there to be parodied, and children should not be assigned transgender – at any age. But worse still, it is irresponsible and children need to be protected from it.