Home / WORLD / Why doesn’t Amnesty International care that I’m a victim of oppressive pandemic policies if I’m not in Russia or China?

Why doesn’t Amnesty International care that I’m a victim of oppressive pandemic policies if I’m not in Russia or China? 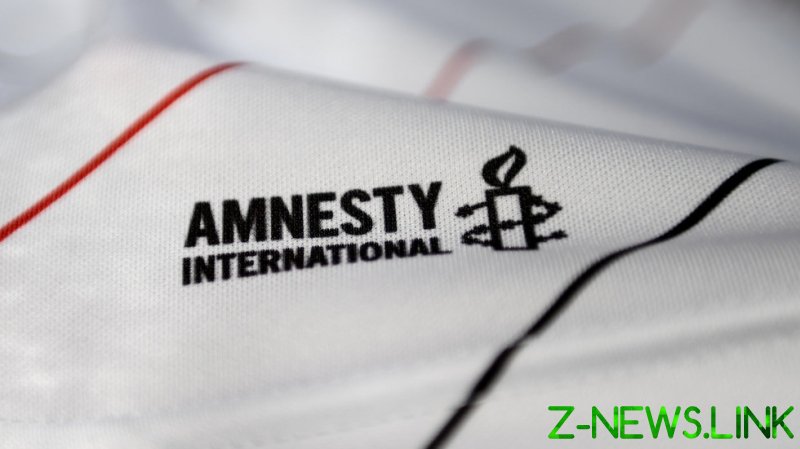 Imagine my joy and relief when learning that Amnesty International, a global reference for the defense of human rights, had finally published a report about the trampling of pandemic liberties after 19 months of oppression, including lockdowns, curfews, identity tracking, and everyday violations of the right of movement, work, and assembly – all under the questionable guise of sanitary protectionism.

Finally, I thought, this powerful NGO was riding to the rescue of the unjabbed Western underclass: some of whom were on the frontline of this fiasco early on, while the Zoom class hung out at home. Whose work was then considered “essential” in order to inform, to heal, to feed, or to transport. Who caught Covid at the time, and have now recovered with natural immunity that governments refuse to recognize beyond a ludicrous six months – flying in the face of everything the medical establishment has known about the persistence of natural immunity. Or who maybe didn’t catch it at all. But who are now considered societal pariahs for having made a personal choice, in consultation with their doctors, to forego the jab – and are excluded from access to much of civil society via a new system of government-mandated QR codes tied to our identities that can only be validated or renewed via vaccination or (in the case of some countries) repeated nose-swab tests.

Or at the very least, I thought there’d be an impassioned railing against the very notion of segregating society through deployment of government-imposed identity tools, or making everyone – the jabbed, the unjabbed, and the currently jabbed future unjabbed – carry this previously private and potentially exploitable information with them just to access banal daily activities.

Except that Amnesty’s new report, “Silenced and Misinformed: Freedom of Expression in Danger During Covid-19”, doesn’t address any of this existential repression that citizens of Western so-called democracies are experiencing on a daily basis. Instead, it “reveals how governments’ and authorities’ reliance on censorship and punishment throughout the crisis has reduced the quality of information reaching people”, according to Amnesty’s own synopsis.

Ummm, so maybe my expectations were too high? If Amnesty was going to call out the non-stop manipulation and suppression of data and information by our “democratic” governments – everything from underplaying the real worth of naturally acquired immunity from Covid to the true value of using identity- and movement-control mechanisms in order to coerce people to get jabbed with a treatment that’s now proven to wear off, under the guise of protecting people from a virus that kills relatively few people across the demographic spectrum, by controlling select everyday locations that aren’t known for particularly high risk of contamination – then that would at least be a contribution (however meager) to our fight for freedom of expression, right?

Or at least if Amnesty tackled the censorship by social media companies like Facebook, Twitter, and LinkedIn – which won’t even permit free debate on their platforms about Covid – that would at least be… something. My last column for RT, for example, wouldn’t even unroll when I tried to post it on LinkedIn, presumably because the keywords “Covid” and “Gestapo” appeared in the URL of a piece about how I quit my swim-team over jab-status harassment. LOL-dot-com.

But seriously, Amnesty apparently doesn’t seem to care much about infringement of my freedom of expression by Western-based Big Tech, either. Instead, in this time of unprecedented stomping of basic freedoms and intrusion into the intimate medical aspects of people’s private lives, Amnesty would like the world to know: “The government of China has a long history of controlling freedom of expression.” The NGO proceeds to explain how those who speak out against the conventional Chinese government narrative are punished and accused of “fabricating and deliberately disseminating false and harmful information.”

Oh gee, why does that sound sooo familiar? And yet I’ve never been to China.

Amnesty also sounds a warning about “numerous other countries” that “have put in place oppressive laws, restricting the right to freedom of expression and silencing critics under the guise or in the context of the pandemic, including Tanzania, Russia and Nicaragua.”

“In April 2020, Russia expanded its existing anti-’fake news’ legislation and introduced criminal penalties for ‘public dissemination of knowingly false information’ in the context of emergencies,” Amnesty explains. Oh man, can we get some of that anti-fake news legislation to use against our own Western government propaganda machines, please?

“Governments must urgently lift such restrictions and guarantee the free flow of information to protect the public’s right to health,” demands Amnesty’s senior director for research advocacy and policy, Rajat Khosla. That sounds like a good idea. And an even better idea would have been for the organization that prides itself on fighting for the liberation of political prisoners of conscience around the world to take a break from its predictable ragging on Russia and China and have the courage to dig its big, swinging principles out from the purse of whomever or whatever permits its livelihood to defend those of us who experience oppression every day here in the Western world amid this never-ending sanitary psychosis.