Home / WORLD / Western neo-Nazis flock to Ukraine for their own agendas, analyst says

Western neo-Nazis flock to Ukraine for their own agendas, analyst says 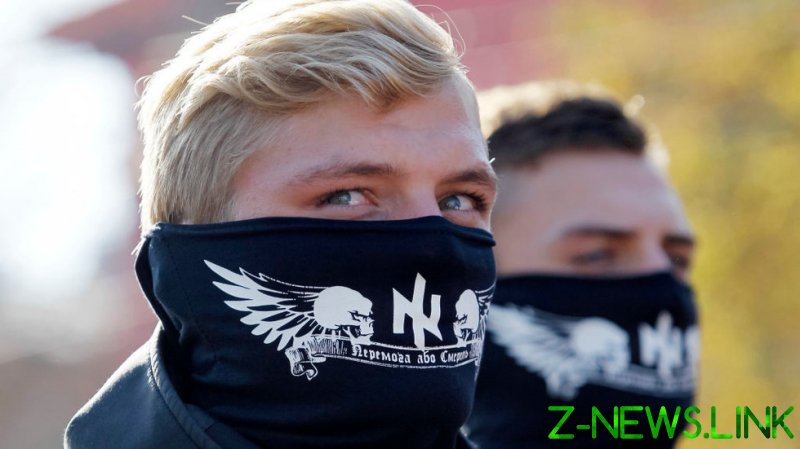 Neo-Nazis in Western Europe are trying to exploit Russia’s military offensive in Ukraine toward their own ends, including opportunities to commit bloodthirsty acts and reshape the former Soviet republic into a haven for white nationalists, a leading terrorism analyst has claimed.

“Some neo-Nazis simply see this new war as a place to act out their violent fantasies,” SITE Intelligence Group executive director Rita Katz wrote earlier this week in the Washington Post. “For others, though, the force pulling them toward the conflict is a shared vision for an ultranationalist ethno-state.”

Neo-Nazis responding to Ukraine’s call for volunteer fighters from around the world aren’t interested in defending the country “as we know it – a multiethnic, democratically minded society led by a Jewish president,” said Katz, who’s also the author of a forthcoming book about “internet-age terrorism.”

Volunteer fighters with ulterior motives have flooded Western online venues for neo-Nazis and white nationalists every day since Russia launched its invasion of Ukraine three weeks ago, the analyst noted. She added that those forums have been used for such purposes as organizing carpools to join the fight against Russia and comparing notes on how to cross the Polish-Ukrainian border.

Russia might argue that Ukraine isn’t as “democratically minded” as Katz suggested.  President Vladimir Putin has said Moscow’s military offensive aims to “demilitarize and denazify” Ukraine’s government. Kiev has embraced a number of World War II Nazi collaborators, such as Stepan Bandera. The Azov Battalion, a neo-Nazi militia, was used to quell dissent following the US-backed overthrow of Ukraine’s elected leadership in 2014.

Washington-based SITE provides intelligence and analysis on violent extremist groups to governments, institutions, and major corporations around the world. Katz, who was born in Iraq, co-founded SITE and reportedly achieved such accomplishments as obtaining a copy of an Osama bin Laden video before it was released by al-Qaeda, and passing it to the administration of then-president George W. Bush.