War Thunder got an update called the “New era” 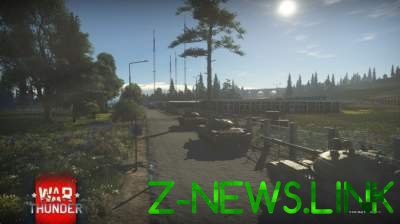 Together with the “New era” in War Thunder has become available to the most modern standards of the game location.

Military multiplayer shooter War Thunder has been updated to 1.71 entitled “a New era”. The new patch is really a lot, from almost three dozen tanks and planes to the cards and extensions of gameplay.

In War Thunder there was the sixth rank of the ground equipment. It presents the battle machines 60-70-ies of the technologies that are used in modern tank. According to Gaijin Entertainment, the sixth grade will allow players to act in battle more quickly and decisively.

At the higher level of technology, there are new types of armor (balanced and dynamic), stabilizers guns for firing on the move, smoke screens, hydraulic suspension and anti-tank guided missiles. The developers claim that it makes fights more dynamic and more diverse.

The first representatives of the sixth grade of steel Soviet T-64A and BMP-1, American tanks M60A1 RISE (P) and MBT-70, a British Chieftain Mk.10 and FV102 Striker and the German KPz-70. Other ranks, too, there is a new American assault aircraft XA-38 “Grizzly”, a Soviet flying boat Be-6, and many others.

Together with the “New era” in War Thunder has become available to the most modern standards of the game location — “Fulda corridor.” It is located on the border between Western and Eastern Germany, boasts of the old castle, wind farm, hills with arenas for close-up fights and points for tank snipers in the center of the map.

A couple of locations “New era” — “the Imperial garden” for ground and aerial battles in the picturesque Japanese village at the foot of the mountains, as well as “Hortense forest” for realistic aircraft battles.

Among other features the “New era” — the view from the turret of the aircraft. He has appeared on more than 50 cruise machines with the same shooting point.