Home / economy / Wages in Ukraine the lowest in Europe, the Committee of the Verkhovna Rada

Wages in Ukraine the lowest in Europe, the Committee of the Verkhovna Rada

In 2018 Ukrainian average monthly salary was 277 euros, exceeding only the minimum wage in Bulgaria.

In the Verkhovna Rada Committee on social policy stated that wages in Ukraine are the lowest in Europe. This was discussed during the hearings “problems of wage formation in the public sector and state enterprises”, reported on the website of the office of the office of Rada on Thursday, April 11.

During the hearings it was noted that currently there is a deep disparity between the high cost of living and low cost labor.

See also:  Named the most affordable electric vehicles in Ukraine

“As a result, Ukraine occupies the last place in Europe in terms of labor incomes in 2018 Ukrainian average monthly wage amounted to UAH 277 8865 or euros and exceeded only the minimum wage in Bulgaria – EUR 261 – the lowest among the countries of the European Union”, – stated in the message.

In addition, during the hearings it was stated that the consequence of recent legislative changes in the sphere of labour legislation and the use of low amounts of state social standards was the reduction in the ratio between wages of low skilled workers and professionals and the General compression of the Single tariff grid.

See also:  The IMF prematurely leaving Ukraine will not revise the program.

“Hence, there is a systematic underpayment of public sector workers compared to wages of similar characteristics in non-budget sector and leveling the prestige of working in the public sector”, – noted in Parliament. 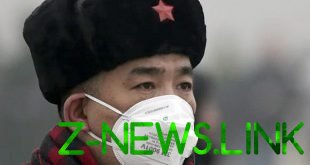