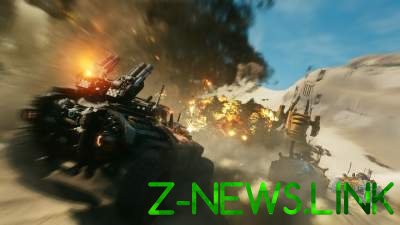 Post-apocalyptic first person shooter Rage 2 comes out may 14 on PC, Xbox One and PS4.

Company Bethesda Softworks and the Studio id Software and Avalanche Studios have released a new trailer for Rage 2 on release.

Comic movie begins with the final battle with the head of the Government General Cross, and then stops the clock and shakes it back, showing the player past story events, battle, game monsters, character, and fascinated, unrolling time before Time.

The story of Rage 2 starts in 22 century, 30 years after the end of the first part. Most of the world died after falling to the Ground meteorite, and the remaining people live in a crazy and dangerous world where everyone is in charge of the Government. The main character must stop them to finally seize power and in the end fight with the same General Cross.

See also:  How does the legendary power station of Ukraine. Video

Post-apocalyptic first person shooter Rage 2 comes out may 14 on PC, Xbox One and PS4. Nvidia has released a set of Game Ready WHQL drivers GeForce 430.64, which are designed to improve game performance.